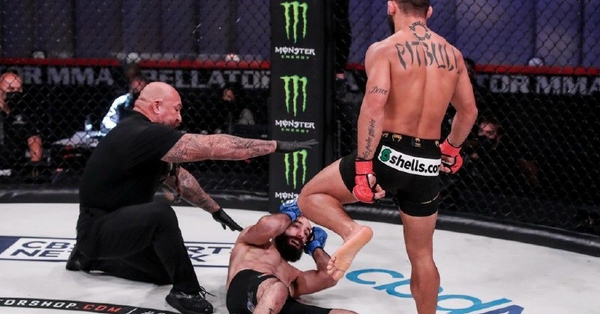 The main battle of Bellator 252 has ended

The Bellator 252 tournament was held in the American Uncasville at the Mohegan Sun Arena. In the main fight in the featherweight division, Patricio Freire fought with Pedro Carvalho in the quarterfinals of the Grand Prix of the promotion.

The fight ended already in the first round, Freire brutally knocked out the opponent and thus successfully defended the promotion’s featherweight title.

Fighters like Patrício Freire, make me want to see a UFC vs Bellator clash event
pic.twitter.com/jRcdDyL5zK

For Pitbull, this is the 11th victory in professional MMA. He is currently on a series of six victorious bouts.

Recall that earlier in the co-main battle of Bellator 252, the Ukrainian Amosov defeated the undefeated American.