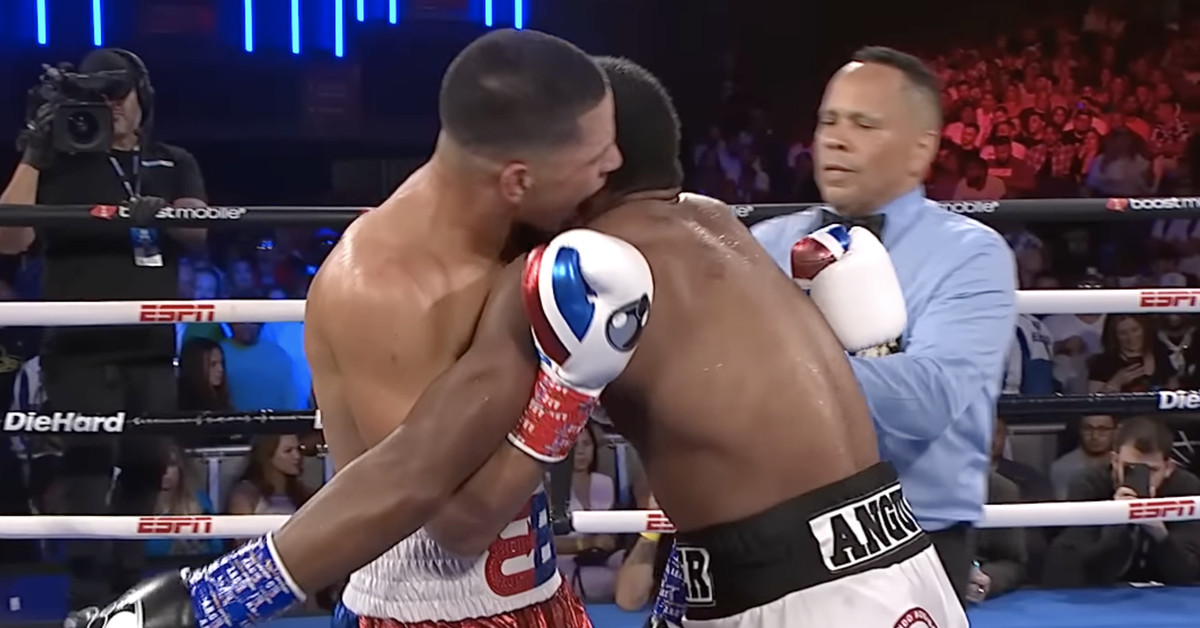 An undefeated super middleweight contender, Berlanga faced off against Roamer Alexis Angulo in a 10-round boxing match on Saturday at the Hulu Theater at Madison Square Garden. Berlanga ultimately won the bout via unanimous decision, however his performance took a backseat to an incident in the seventh round that saw Berlanga seemingly attempt to bite Angulo’s ear and neck, a la Mike Tyson vs. Evander Holyfield 2.

Watch a replay of the incident below.

Berlanga admitted — and tried to justify — the bite attempt following the match.

It is not clear at this time if Berlanga (20-0 or 16 (KOs) will be punished for his actions by either a suspension, fine, or vacating the win.

Tyson famously ripped off Holyfield’s left ear during the pair’s match in 1997.. Tyson was suspended indefinitely for the incident, fined $3 million, and had to serve an undisclosed period of community service, although his boxing license was eventually reinstated.

Jared Gordon: Some UFC fighters have never been to jail, trash talk would get them ‘really hurt’ or ‘maybe killed’