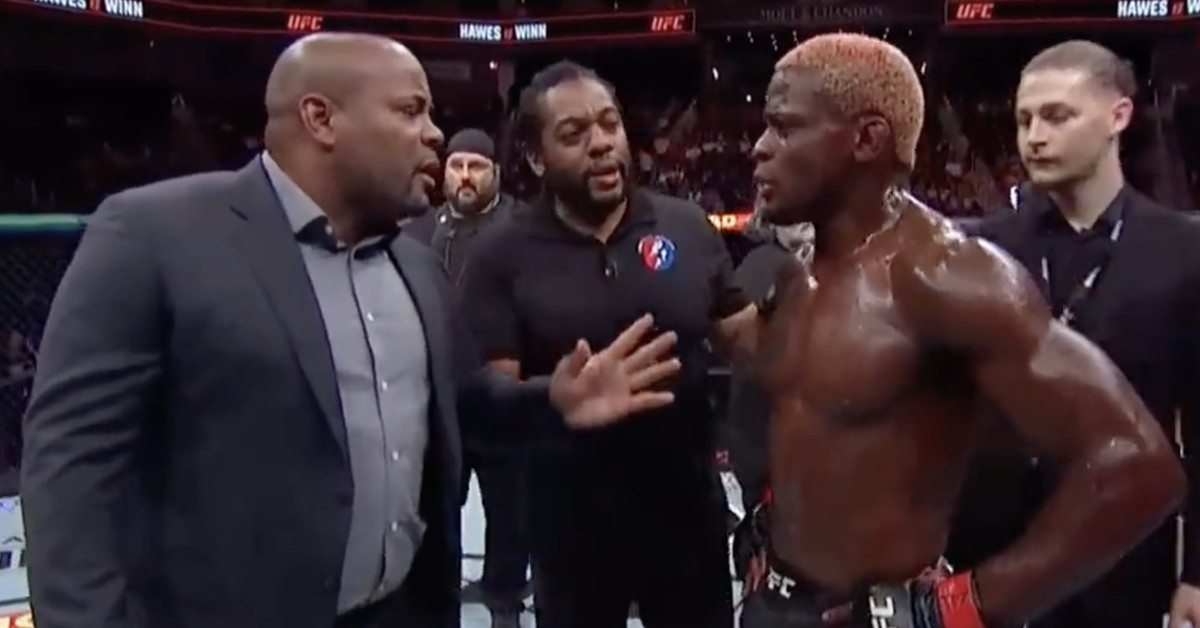 Winn’s mentor and longtime teammate Cormier was calling Saturday’s action. He barely got into the cage when Hawes started shouting at him.

“You picked the wrong pony!” Hawes shouted at Cormier. You dog. You know what I’m talking about. I’ll cool off and then next week you can fight me.”

Check out the verbal altercation below via Twitter user @BakankyBro.

Cormier verbally retaliated at Hawes. Referee Herb Dean intervened between the two to make sure that it didn’t escalate into physical violence.

” Look at the events. Why would you want to fight for this cause? You can do it better than that, don’t do that.”

Cooler head eventually won and Hawes returned to Cormier to say hello. He also said “I am sorry” to Cormier, the UFC’s former champion in two divisions.

It’s not clear why Hawes sought out the confrontation other than Cormier’s close relationship with Winn, who suffered a brutal TKO loss in the fight in Texas.

While they were shouting at each other when the fight ended, Cormier composed himself and interviewed Hawes after his victory without any further incident.