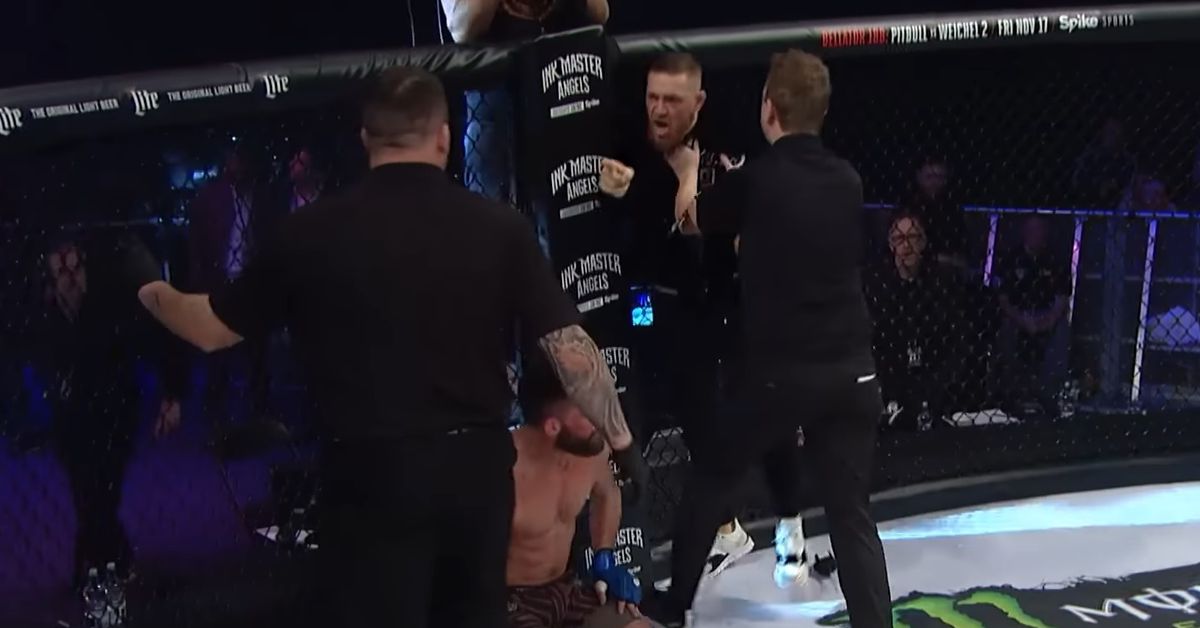 Conor McGregor is not a Bellator fighter, but that does not mean he hasn’t been in the Bellator box.

The second episode of its “Moments You Wouldn’t Believe” series was released on YouTube. It features “Notorious”, his famous Bellator 187 brawl with Marc Goddard. McGregor’s partner Charlie Ward won the Nov. 2017, Dublin event. The UFC star got in the cage and celebrated.

Watch the video above and the chaos that followed.

McGregor and Goddard soon found themselves in a verbal and physical altercation, with Goddard saying at the time that McGregor had stepped in to celebrate before he had made an official ruling on the end of the fight. McGregor apologized later to Ward and Ward, his opponent and the opposing corner. However, Goddard insisted that McGregor’s indecisiveness was what caused the situation.

” Marc Godard [sic] made a terrible decision trying to get an unconscious fighter off the ground and allow the fight to go into the second round.” McGregor posted on Instagram. “Even against the wishes of the said fighters coach. The fight ended .”

In the end, McGregor’s antics proved to be a huge ratings boost for Bellator. The event was later broadcast on tape delay in North America.