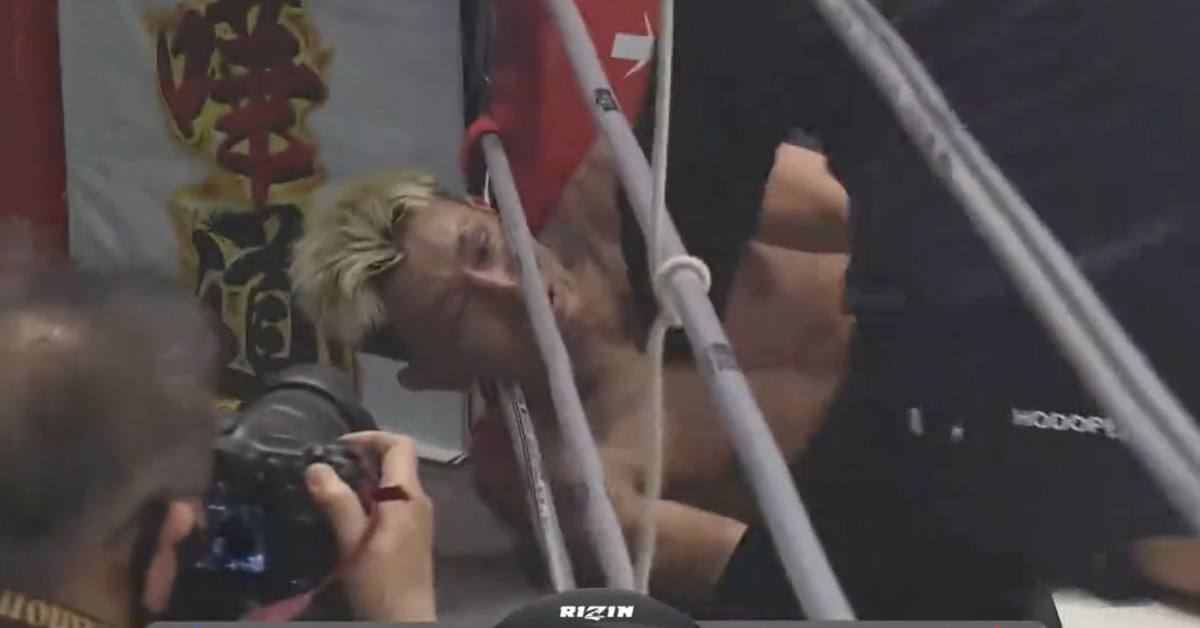 RIZIN 34 saw all of the highlight-reel finishes getting doled out at UFC London and wanted to join the party.

The Japan-based promotion held a combination MMA and kickboxing card on Sunday — RIZIN 34 at the Maruzen Intec Arena in Osaka, Japan — and the undercard featured one of the most brutal knockouts in a weekend flush with brutal knockouts.

The action took place in a 134-pound kickboxing bout between Japanese fighters Yuki Kasahara and Motoki. Late in the first round, Kasahara backed Motoki up against the ropes with a punching salvo before unloading a massive flying knee that snapped Motoki’s head backward and sent him tumbling through the ropes unconscious.

Kasahara with the nasty finish!

In the night’s main event, veteran featherweight Satoshi Yamasu (12-6) defeated 26-year-old prospect Kyohei Hagiwara (6-5) with a triangle armbar submission in the opening round to push his winning streak to two straight bouts.