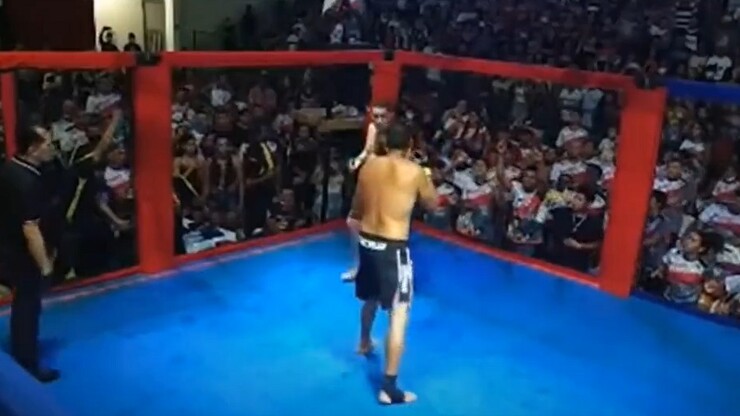 An original way to resolve a dispute

The mayor of the Brazilian city of Borba, Simão Peixoto, had a disagreement with his former adviser, and now a member of parliament, Erineu da Silva. They could not decide the fate of the city park.

They decided the fate of the dispute with the help of a fight according to the rules of the UFC. It was held in the gym of one of the city’s schools in the presence of a crowd of spectators. The three-round match ended with Peixoto’s victory on points: