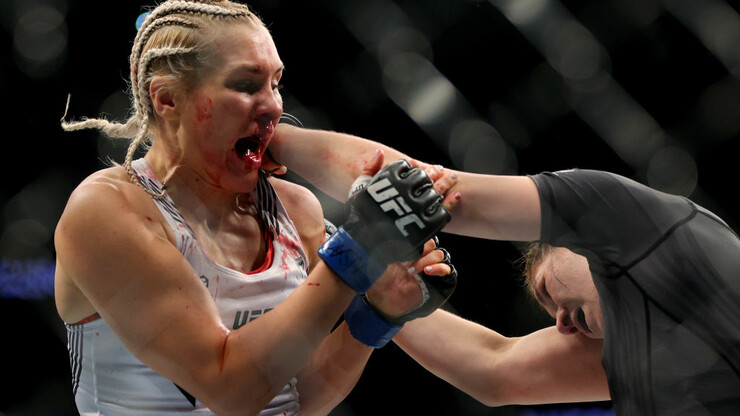 The Mexican confidently interrupted the Russian

On the night of July 10-11, the UFC 264 mixed martial arts tournament was held in the city of Paradise, a suburb of Las Vegas.

In one of the episodes, Aldana managed to break Kunitskaya’s nose, and then knock down with a powerful left hook. After that, the fight went to the ground, where the Mexican began to beat the helpless Russian, forcing the referee to stop the fight.

Irene Aldana (🇲🇽) showing that the rear power in a hook comes from the hips. pic.twitter.com/MsA0L1mOVw