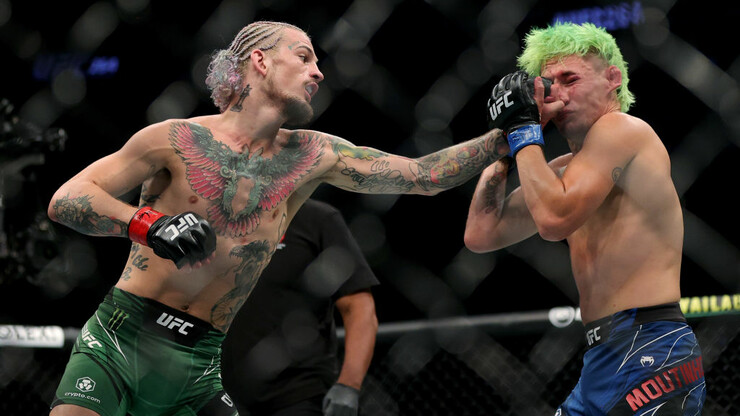 The referee stopped the beating of Chris

On the night of July 10-11, the UFC 264 mixed martial arts tournament was held in the city of Paradise, a suburb of Las Vegas.

In one of the fights on the main card, Sean O’Malley (USA) defeated Chris Moutinho (USA) by TKO in the 3rd round. O’Malley began to hit too often with accurate blows, smashing his opponent’s face into blood. Looking at this beating, the referee decided to stop the fight ahead of schedule.

Read also: VIDEO. Aldana smashed Kunitskaya’s nose and finished off in the stalls

Did Herb Dean have Sean O’Malley Inside The Distance (-350)?
pic.twitter.com/PNH8r3jSIu