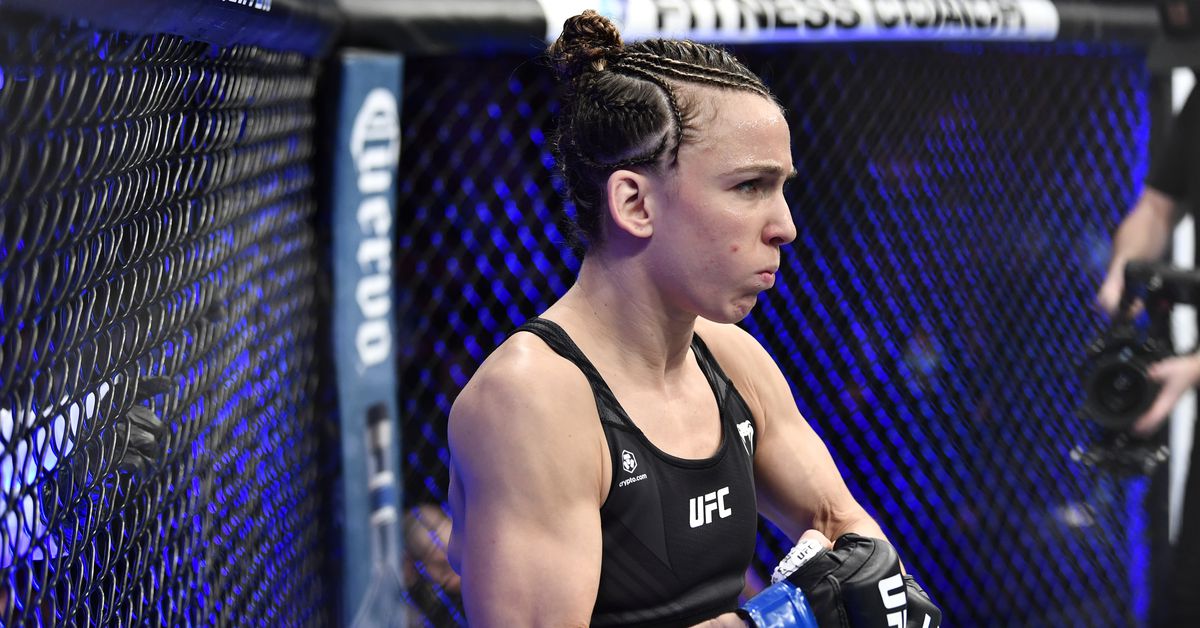 A summer strawweight matchup will take place inside the octagon.

Multiple people who have knowledge about the plans of the promotion confirmed to MMA Fighting that a fight between Vanessa Demopoulos (Vanessa) and Jinh Yu Frey would take place at UFC’s June 25 event at a location and venue to be determined. Eurosport was first to report the booking.

Dempoulos returned to UFC 270 after falling short against JJ Aldrich in October’s UFC Vegas 35 promotional debut. “Lil Monster” survived an early scare to pick up an opening round armbar submission win over Silvana Gomez Juarez. Demopoulos created a pair of memorable post-fight moments as well when she jumped into the arms of color commentator Joe Rogan during her octagon interview, and revealing that she ended a 13-year exotic dancing career in the build to the biggest win of her career.

Frey started her UFC career with two losses against Kay Hansen, and Loma Lookingboonmee. But she has made great strides since then. Former Invicta FC Atomweight Champion, Frey went undefeated with 2021 decision wins over Gloria de Paula & Ashley Yoder.