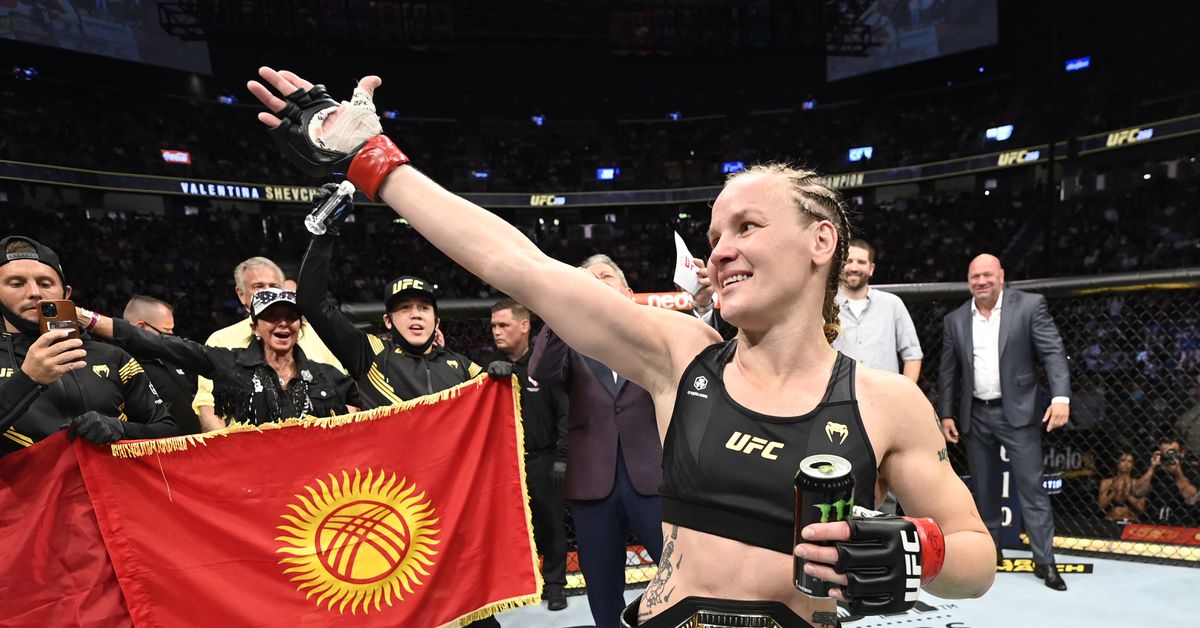 Flyweight champion Valentina Shevchenko has her next assignment with Taila Santos set as her opponent with the title fight expected to takes place at UFC 275 on June 11.

Multiple people with knowledge of the promotion’s plans confirmed the news to MMA Fighting on Tuesday; both athletes have agreed to the date for the matchup. Although Singapore was a strong candidate for hosting the event, no location is yet known.

Ranked as No. 1 pound-for-pound fighter in the MMA Fighting Global Rankings, Shevchenko remains unbeaten since her move to 125 pounds, which came after an unsuccessful bid for the bantamweight title. Shevchenko has won eight consecutive flyweight fights including six straight title defenses.

Most recently, Shevchenko dispatched Lauren Murphy by fourth-round TKO at UFC 266 this past September.

As for Santos, she’ll get her first shot at UFC gold after winning four straight fights; her overall octagon record is 4-1.

To secure the title shot, Santos needed less than one round to defeat Joanne Wood by rear-naked choke, which came one fight after she beat Roxanne Modafferi by unanimous decision.

Now, Santos will face the tall task of attempting to dethrone Shevchenko, who is widely considered one of the most dominant champions in UFC history.