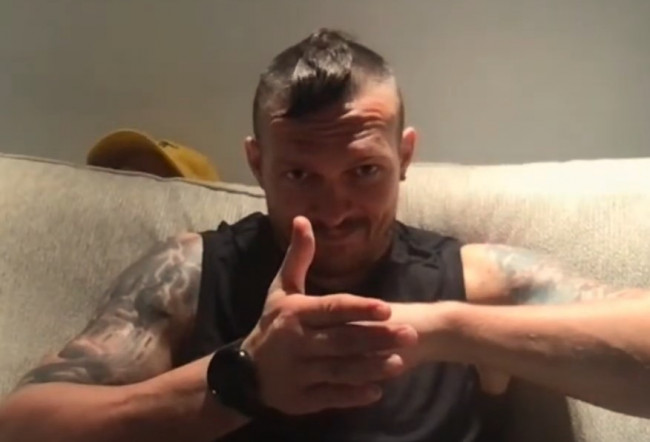 Last fall, Oleksandr Usyk (19-0, 13 KOs) gave a master class by outboxing Anthony Joshua (24-2, 22 KOs) and taking away his IBF/WBO/WBA heavyweight belts (over 90.7 kg). Some believe that the war in Ukraine will not allow him to focus on preparing for revenge, but the Ukrainian himself claims that everything is just the opposite.

“Those who know me sometimes call me ‘Mr Frost’. I can disconnect from certain things that prevent me from reaching my goal. But what is happening now at my house will motivate me very much in the gym. And every day, getting up early in the morning, after prayer, I am motivated by the fact that I have to help my people, my country … rejoice, ”Usyk assured in a comment
Blockasset.

He assured that he would “add a little more” with each new component in the fight against Anthony, and will enjoy in the ring, as he loves to box and still treats this activity as a sport.

For the Usyk title. Sanchez expects fight with Joyce or Parker

Answering the question why the documents for revenge have not yet been signed, he noted that now “we are looking at the contract, is everything normal there”.

“I think that in the near future there will be an announcement about the signing of the contract,” said Alexander.

He refused to discuss the subject of the venue of the fight and urged to wait until everything was officially announced. It is scheduled for July 23rd.

Earlier, the Ukrainian hinted at what he would be like in a rematch with Joshua.