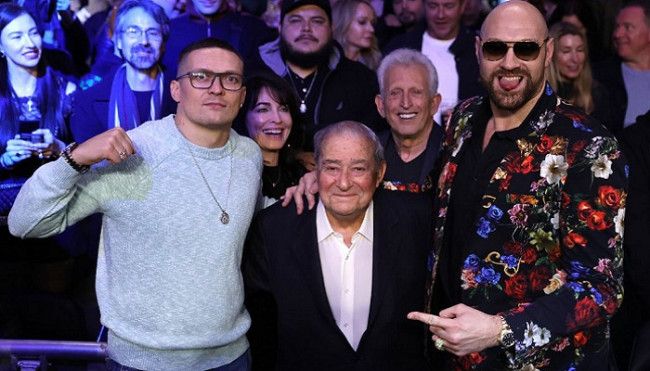 Promoter Alexander Krasyuk (K2 Promotions Ukraine) claims that the unified heavyweight champion Ukrainian Oleksandr Usyk (19-0, 13 KOs) is disappointed with what he saw in the fight for the WBC title in the same division. April 23 on Wembley Stadium (London, England) British WBC belt holder Tyson Fury (32-0-1, 23 KOs) knocked out mandatory challenger compatriot Dillian Whyte (28-3, 19 KOs), after which he announced his retirement.

Krasyuk says: “I asked Usyk about his impressions of the fight. He replied: “The fight is shit, but the knockout is cool.” I watched the fight from ringside. And, to be honest, I was not impressed either. I didn’t see Fury make any changes or improve in any way from the first fight against Deontay Wilder. They looked like two clumsy heavyweights. It seems to me that after such a performance, both have questions. Fury was not in good shape and White had nothing to offer as he is not the most technical fighter in the world.”

With a high degree of probability, Usyk’s next fight is a rematch with the ex-owner of the WBA Super, IBF, WBO belts Briton Anthony Joshua. Hearn has good news about this. And ex-world champion Hasim Rahman is sure that “Usyk will exhaust and knock out Fury, I admire him.”