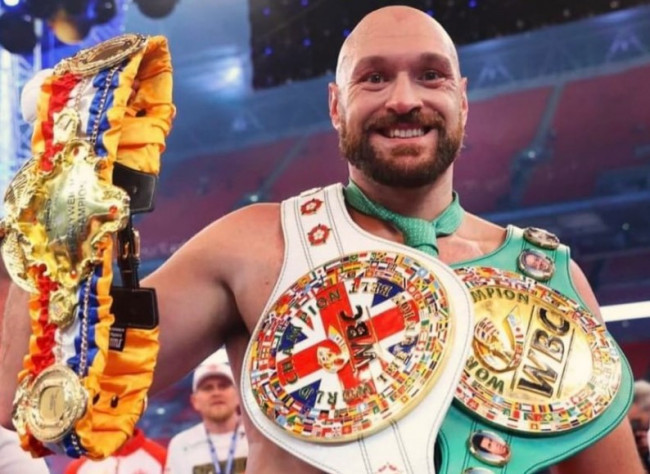 WBC world heavyweight champion Tyson Fury (32-0-1, 22 KOs) once again stated that he had retired from boxing and was not going to return, despite the fact that his division colleagues Anthony Joshua and Oleksandr Usyk did not believe.

The 33-year-old “Gypsy King” said in a new video that his performances were over after a 7th-round stoppage victory over Dillian Whyte in April.

Usyk and Joshua will meet in a rematch for the IBF, WBA and WBO titles at the end of July, and both hope that Fury changes his mind to fight the winner later for the overall championship. The latter, by the way, may no longer be: Fury may refuse the WBC belt next week, according to promoter Eddie Hearn.

Hatton: I love Fury, but I don’t believe a word he says

“Just finished a great four-mile run down the boardwalk,” Fury said in the video. – Wildly stole. Very, very happy and determined to stay in the retirement he’s been waiting for. How am I enjoying my pension!”

The new member of the top 10 pound believes that Fury will beat everyone – both Usyk and Joshua.

And the head of Matchroom is sure that Joshua is the future undisputed champion.