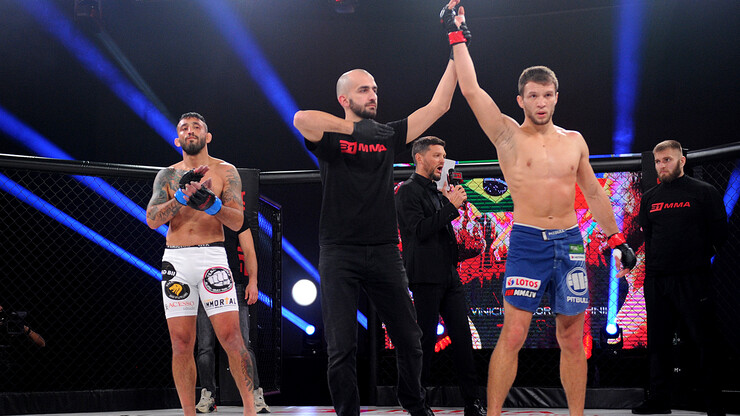 On Saturday, November 6, the second show from B1 MMA – Mad Cage was held in Kiev

The organizers have prepared 9 fights for mixed martial arts fans with the participation of athletes from five countries.

The main event of the evening was the battle of Ukrainian Oleksandr Gorshechnik against Brazilian Marcos Vinicius, an ex-fighter of the most prestigious UFC promotion in the world. The fight ended with an early victory for Alexander in the 1st round. The Ukrainian accurately hit the target with punches, which led to the defeat of the Brazilian athlete.

Another eminent fighter who entered the octagon in Kiev on Saturday was another Brazilian, Gustavo Wurlitzer, who once competed in Bellator. He was defeated by Ukrainian Daniil Donchenko, knocking out Gustavo in the 2nd round. The B1 MMA fighter dominated throughout the fight, hitting the target with different kickboxing combinations. At the beginning of the second round, after a series of accurate blows to the liver, Wurlitzer was unable to continue the fight.

Also, the third victory in the professionals was won by the world champion in MMA, Ukrainian Egor Kostyuchenko. He defeated Ruslan Moroz with a choke hold in the second round.

In total, out of nine fights that evening, five ended ahead of schedule.