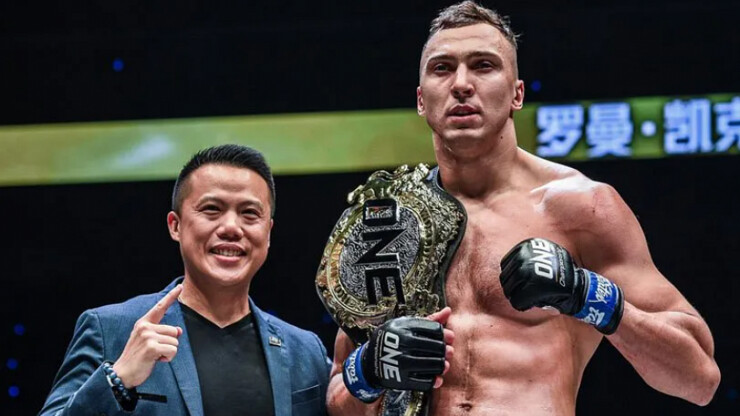 Two-meter Ukrainian giant Roman Kryklya (45–7, 24 KOs) did not perform at ONE Championship: NextGen, which took place on October 29 in Singapore.

The 30-year-old Ukrainian was expected to defend his heavyweight title. At first, his opponent was to be Murat Aygun from Turkey, but he withdrew from the battle. Then he was appointed to Roman’s opponents Iray Azizpur from Iran, and a new ONE heavyweight belt is on the line. However, a couple of days before the fight, Kryklya already refused due to medical reasons.

Almost a year ago, on December 18, 2020, Kryklja defended his One Championship kickboxing title. Then the ONE Championship: Collision Course tournament took place in Singapore. In the main battle, the opponent of the Ukrainian was Andrew Stoyka (52–12, 29 KO) from Romania. Roman Kryklya dominated the whole fight and won on points.

Recall that the 29-year-old Kryklya was the world champion according to K-1, A1, TNA, as well as the champion of Ukraine among amateurs according to WAKO. In November 2019, a Ukrainian powerfully destroyed Tariq Khbabez from Morocco and became the champion of One Championship in the heavyweight category.

Cancellation again. The opponent of the Ukrainian Krykli will not come to the fight