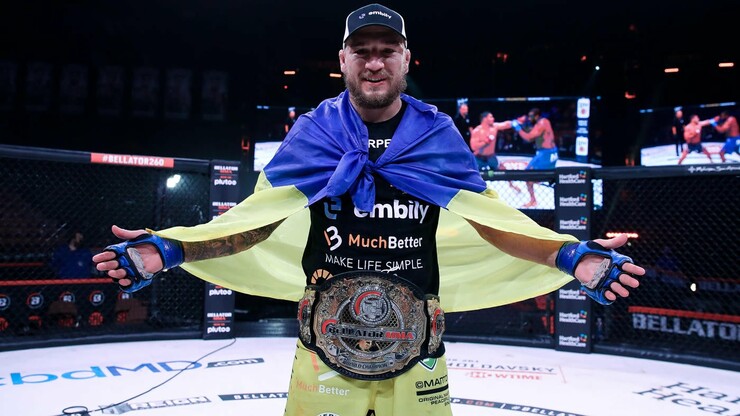 The undefeated Bellator champion is surrounded by UFC fighters

Undefeated Ukrainian MMA fighter, Bellator welterweight champion Yaroslav Amosov (26-0) is in the list of the best fighters of the division, regardless of promotion.

The Ukrainian closes the fifth place in the ranking from the authoritative publication Sherdog. First place is held by UFC champion Kamaru Usman.

Recall that on June 12, Amosov defeated Douglas Lima and won the Bellator title.