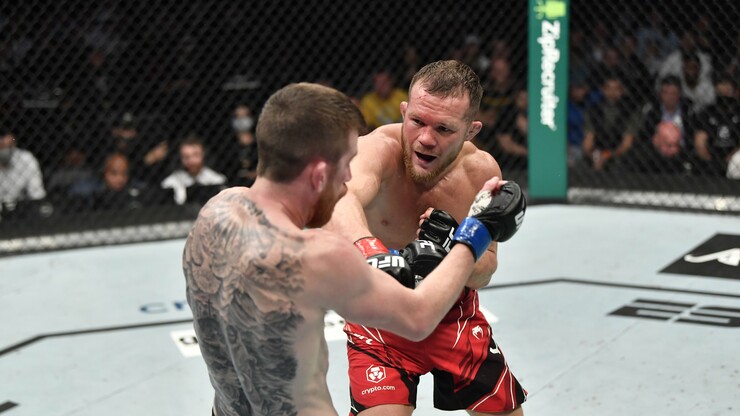 UFC 267 took place in Abu Dhabi. In the co-main fight, Russian Petr Yan and American Cory Sandhagen determined the interim UFC bantamweight champion. Former champion Yan, who lost the title due to an illegal strike in a fight with Aljamain Sterling, was considered the favorite. And, as the duel showed, the bookmakers were not mistaken: the Russian confidently defeated Sandhagen.

The first and second rounds were held with a slight advantage of the Russian, who was more active. In the third round, Jan shocked the opponent with a roundhouse kick and finishing with a left, after which Sandhagen was on the canvas. However, Corey quickly recovered and did not allow Peter to finish the fight. However, Ian took full control of the fight, and began to get to Sandhagen more often. The American could only count on a lucky chance, but Yang spent the rest of the fight without mistakes and confidently took the interim world champion belt in the bantamweight division.