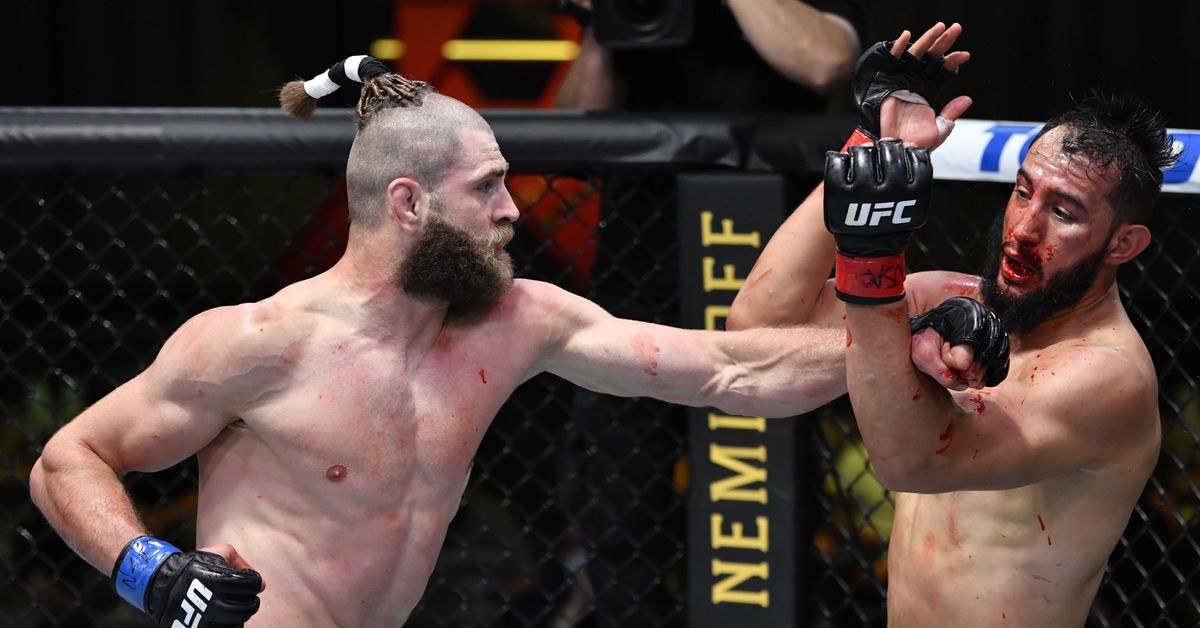 Jiri Prochazka faced arguably his toughest opposition against Dominick Reyes at UFC Vegas 25, and he emerged from the fight as a clear contender for the UFC light heavyweight title.

Prochazka’s brutal striking left Reyes a swollen mess before a spinning elbow knocked out the one-time title challenger in the headliner of the May 1, 2021 fight card at UFC APEX in Las Vegas.

In advance of Prochazka’s UFC 275 championship shot against champ Glover Teixeira’s, the UFC released the complete video of Prochazka and Reyes. You can see it above. UFC 275 takes place Saturday at Singapore Indoor Stadium in Singapore and airs live on ESPN+ pay-per-view.

After taking the title from Jan Blachowicz at UFC 267.,

Teixeira defends the title for the first time. Prochazka is a former RIZIN champion and has a 12-fight win streak. His knockout of Reyes was his only UFC appearance.