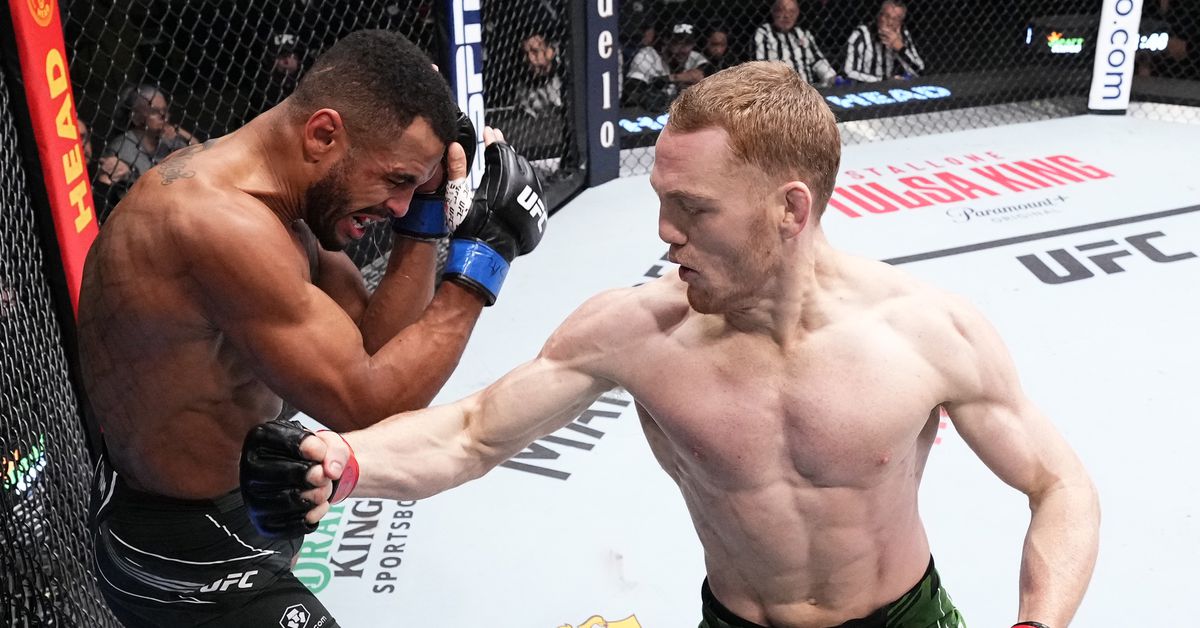 Jack Della Maddalena continued his reign of terror since joining the UFC roster by delivering another brutal knockout on Saturday.

The Australian welterweight joined the promotion through Dana White s Contender Series ,. He made quick work of Danny Roberts using a series of vicious punches to win his third consecutive first-round knockout at UFC Vegas 65..

The official stoppage came at 3:24 in the opening round after Della Maddalena cracked Roberts with a left hook and then just opened up with a barrage of shots until his opponent crumbled to the canvas in a heap.

With the win, Della Maddalena is looking to book his next fight much closer to home.

“Every challenge is different,” Della Maddalena said afterwards. “I’m ready to go home to Australia and get another fight in — in Perth. You can honestly say that anyone. The first person they give me, I’ll say yes and be on my merry way.”

Even before Roberts got to the finish, Della Maddalena kept a close eye on him and looked for the knockout at the first exchange.

While Roberts did his best to hang tough, Della Maddalena was feasting on the openings with devastating power unleashed to the body and head. Roberts nearly lost his night when Della Maddalena pulled out all his guns, including a knee strike.

The final sequence had Della Maddalena marching forward, before she landed the punch that started the ending sequence. Roberts couldn’t take the Aussie’s power.

It remains to be seen who the UFC will give him next but Della Maddalena appears ready for top 15 ranked competition, although getting the chance to fight in his native Australia probably matters more to him than anything else right now.