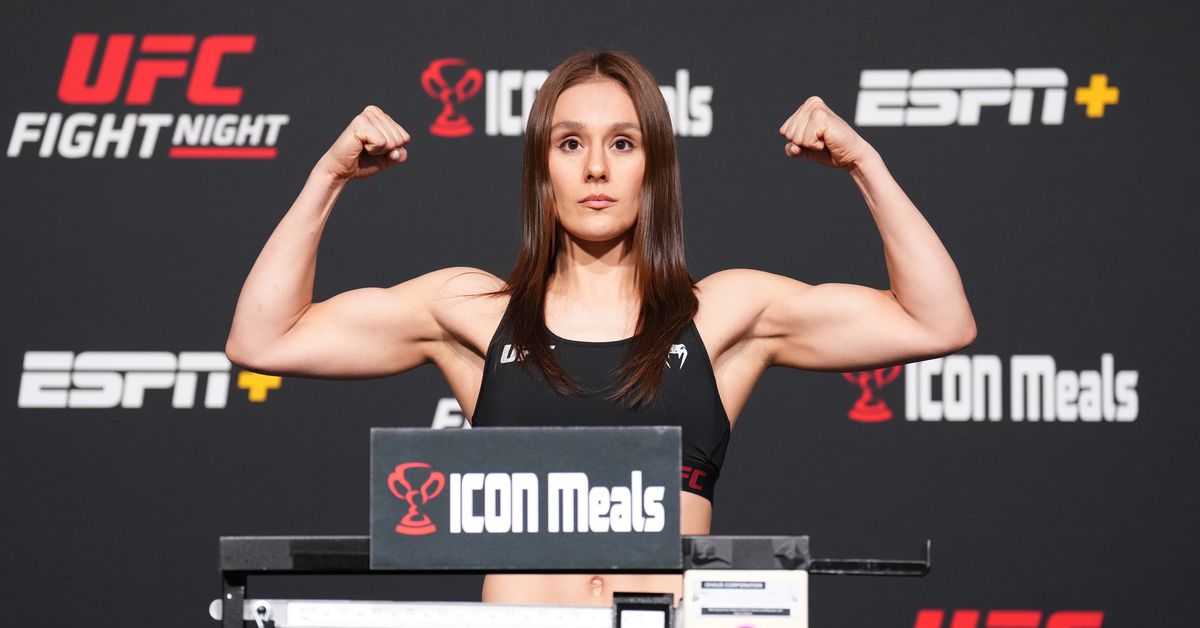 Grasso were the two first fighters on the scales at Saturday’s official weigh-ins at UFC APEX. Grasso weighed in at 125. 5 pounds, while Araujo hit the limit at 126.

Cub Swanson made championship weight in his move down to the UFC bantamweight division as he hit 135 pounds on the nose. Swanson’s co-main event opponent Jonathan Martinez was also on the mark at 135.5.

Twenty-one of the 22 fighters on the card successfully made weight, with the lone miss coming from CJ Vergara, who came in a whopping three pounds over the flyweight limit at 129 pounds. Tatsuro Taira weighed in at 126 pounds for the preliminary bout. Per UFC officials, the fight will move forward with Vergara forfeiting 30 percent of his purse.

One fight was also scratched from the card as weight management issues from Askar Askarov scratched the highly anticipated flyweight featured bout with Brandon Royval from the card. Officials at UFC say that the bantamweight fight between Raphael Assuncao (Victory Henry) will be moved up to the main event.

*CJ Vergara misses weight by 3 pounds and forfeits 30 percent of his purse to Tatsuro Taira.

Askar Askarov is cancelled because of Askarov’s weight problems.