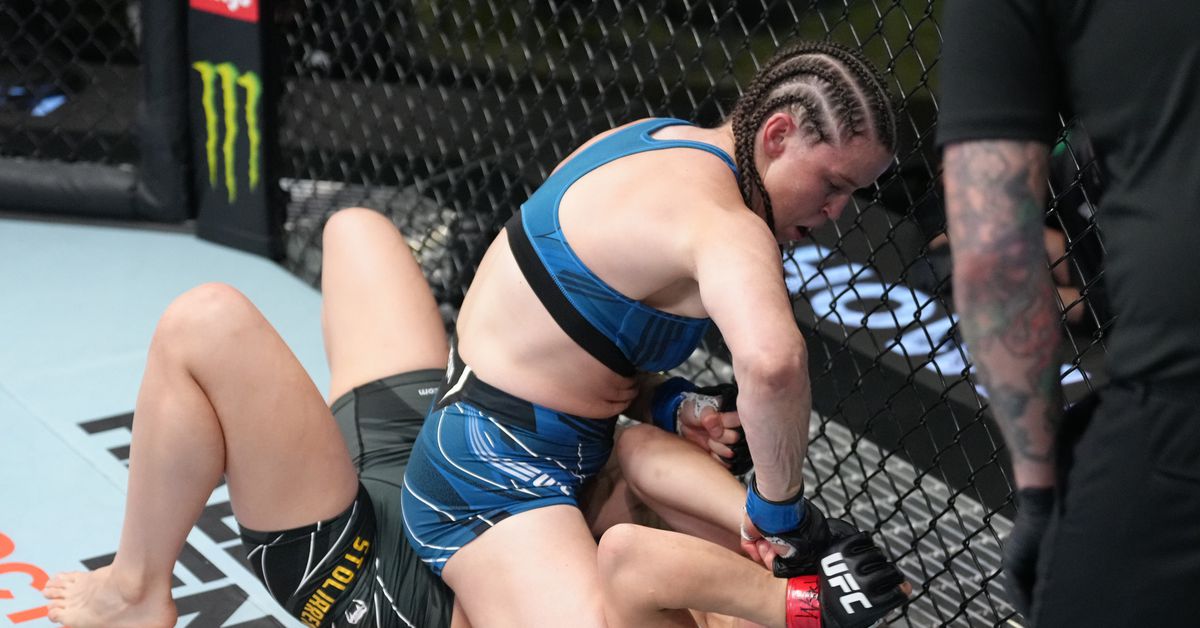 Chelsea Chandler made an immediate statement in her UFC debut, viciously pounding out Julija Stoliarenko in the first round on Saturday.

Chandler took on Stoliarenko — a replacement for original opponent Leah Letson — in a 140-pound catchweight bout on the preliminary card of UFC Vegas 61 at the UFC APEX. Stoliarenko found success early with a takedown, and while she was transitioning to her patented armbar, Chandler was able to reverse position and made her opponent pay for it.

When the action got back to the feet, Stoliarenko shot for another takedown, but Chandler fell into full mount before unloading with a brutal barrage of punches to get the TKO finish.

Check out the video below.

Chelsea Chandler made a statement in her UFC debut #UFCVegas61

Chandler has won five consecutive victories, four of which were under the Invicta FC banner. It was the 28-year-old’s third career finish.

Stoliarenko, a competitor on season 28 of The Ultimate Fighter, fell to 1-4 since getting a second opportunity with the UFC.