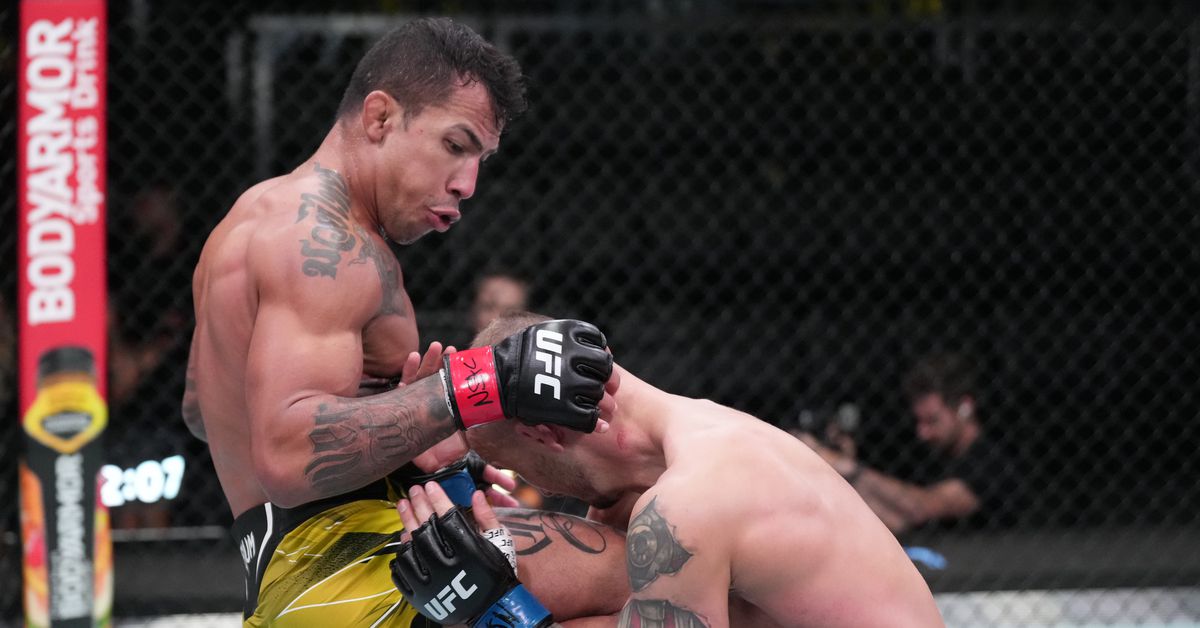 For the first time in almost four years, Joaquim Silva is in the UFC win column.

Silva took on Jesse Ronson in a lightweight preliminary bout at Saturday’s UFC Vegas 61 event at the UFC APEX, and ended the fight in the second round with a beautifully timed jumping knee down the middle that had Ronson badly hurt.

“Neto BJJ”, pounced relentlessly on Ronson and, after many unanswered shots Keith Peterson was done, had enough.

Check out the video of the brutal finish below.

Silva almost won the fight with a hard start, and Ronson saved him by the horn.

With his first win since a December 2018 finish of Jared Gordon, Silva bounces back from back-to-back stoppage losses to Ricky Glenn and Nasrat Haqparast.

Ronson has now been finished in two consecutive bouts, which includes a second-round submission loss to Rafa Garcia at UFC Vegas 51 in April.