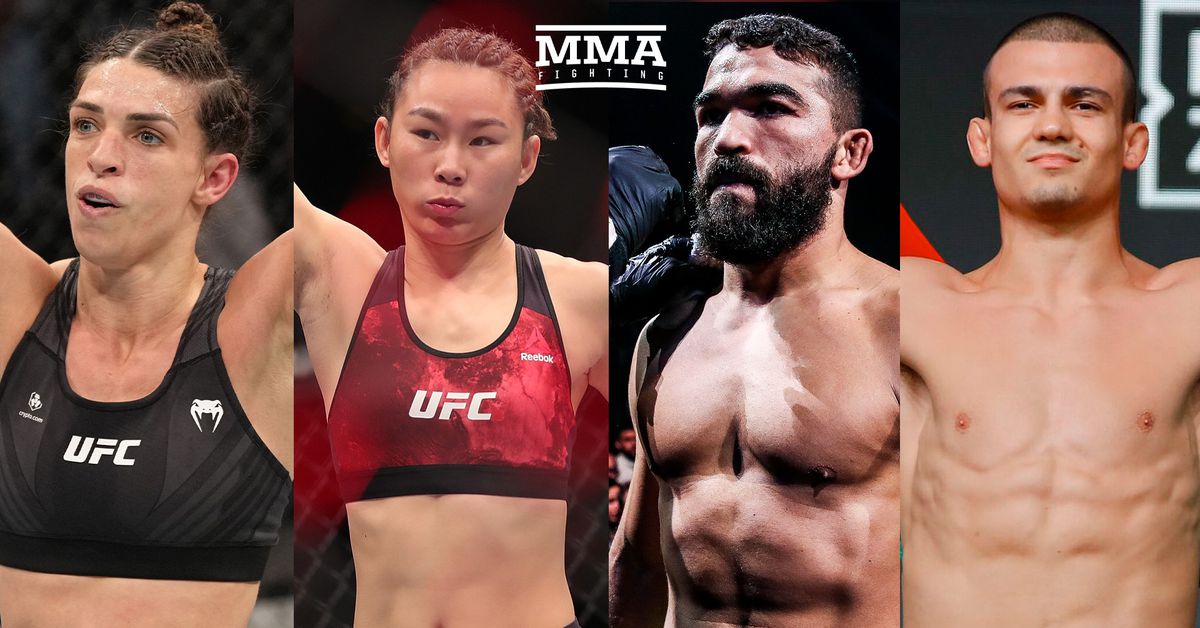 With the UFC Vegas 61 headlined by Mackenzie Dern and Yan Xiaonan, and Bellator 286 headlined by a featherweight title fight between Patricio Pitbull and Adam Borics, which promotion has the better slate?

MMA Fighting discuss the stakes of Dern vs. Yan’s pivotal strawweight bout. They also talk about whether Dern’s “A+” skill will suffice to win the fight over Yan and how low-key the return to APEX is. A.J. also discusses Pitbull vs. Borics, the chances of the challenger pulling off an upset and more. McKee’s debut as a lightweight against Spike Carlyle and Aaron Pico’s greatest test against Jeremy Kennedy, plus more.

Catch the UFC Vegas 60 preview show above. An audio-only version of the show can be found below and on Apple Podcasts, Google Podcasts, Spotify, and Stitcher.