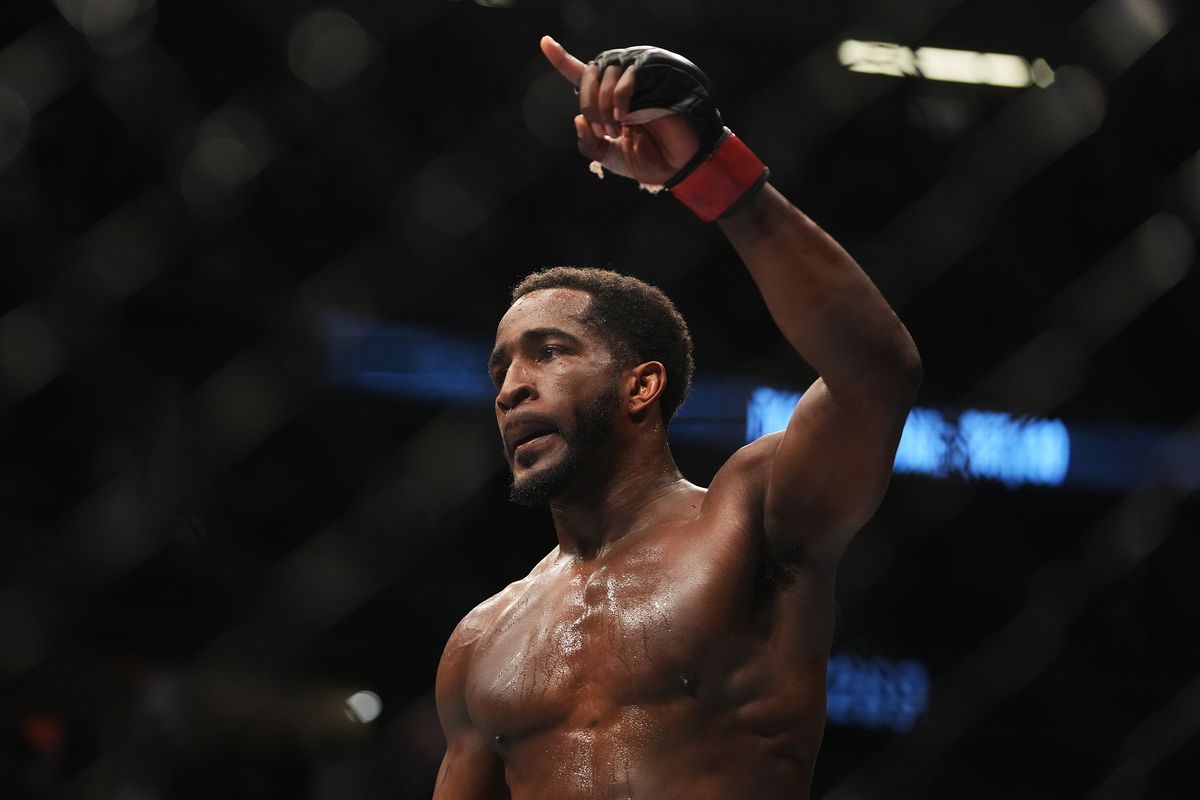 It’s back to Las Vegas for another Fight Night card at the UFC APEX this weekend, with Thiago Santos and Jamahal Hill facing off in a battle of light heavyweight sluggers. The co-main event is even better, featuring a welterweight scrap between two all-action fighters, Vicente Luque and Geoff Neal, and there are another 10 fights before the big two, giving you plenty of chances to place your bets.

While Santos-Hill might be the official main event, Luque vs. Neal is undoubtedly the people’s main event on Saturday. Luque is a fan-favorite who always bring the action, and while Neal doesn’t have quite the same renown, he’s an incredibly fun fighter and a good one.

That’s the crux of this bet. Luque and Neal are roughly equal fighters, with the two men having four common opponents and a remarkably similar record against them. Both Luque and Neal beat Niko Price and Mike Perry while losing to Stephen Thompson. Both men also beat Belal Muhammad (though Luque did recently lose to him). MMA math is certainly not determinative, but it does reveal Luque and Neal are pretty close in their ability level, and that’s my read on the fight as well.

It’s going to be a strikers delight, and while Luque is the better finisher, Neal is the more defensive fighter and has less mileage on his body. I think this one is a coin flip, so at these odds, I’m playing Neal.

Betting on The Ultimate Fighter bouts is always a risky proposition. But in this case, I’m going to make an exception. I’m not here to tell you that Brogan Walker is good — she’s at best OK. I’m just here to say she’s more likely than not to win this fight. Juliana Miller is a decent prospect and likely has a bright future ahead of her, but she’s needs some real development, and in a fight where she can’t use her jiu-jitsu, I don’t like her chances of winning. This is going to be one of those fights, as Walker showed solid takedown defense in the TUF house despite tearing her MCL. Walker has faced some of the best prospects in women’s MMA and given a decent accounting of herself. I think she’ll do so again here.

The UFC tested the waters with McKinney by giving him Drew Dober. He came up short, so now it’s time to rebuild him. Erick Gonzalez is not a terrible fighter, but he’s not on McKinney’s level, and he’s likely going to get run over early. After all, the ageless Jim Miller knocked out Gonzalez in his most recent bout. McKinney is much more powerful, and far more likely to come out guns blazing.

Augusto Sakai is a classic get-or-get-got fighter. Of his seven UFC bouts, Sakai has only gone to decision twice. Similarly, in his eight UFC bouts, Spivak has only been to the judges three times. Either Spivak can take advantage of his grappling game for a finish on the floor, or Sakai will spark his lights out. Either way, this one should be over early.

When in doubt, lean on the chalk, and that’s what we’ll be doing for this parlay. At his peak, this fight could have been interest, with Santos and Hill promising fireworks. But at this stage, Santos appears to be on his way out. He’s lost four of his last five, and the fights have been uniquely awful. Hill is young and ascending, and seems a lock to at the least outpoint Santos – if not finish him.

I have simply never been sold on Sakai as a good heavyweight. To me, he’s an off-brand Tai Tuivasa, and given that Spivak has already made short work of “The King of the Shoey,” he shouldn’t have much trouble here. Spivak can employ a straightforward tackle-and-grapple game plan, either winning by submission or ground-and-pound.

Sam Alvey is winless in his previous eight fights, and really, nothing more needs to be said. That he still has a UFC contract is a miracle, and Oleksiejczuk is going to put that right on Saturday.

Parlay these three bets together for +111 odds.

Sure, Granger is not a great fighter, and she’s lost two in a row. McKenna looks to be a legitimately interesting prospect and the superior athlete, but you know what Granger has in spades that McKenna doesn’t? Length. McKenna will have a stunning 10-inch reach advantage, which isn’t something you see everyday at strawweight. My thought process for this bet goes: Granger is so long, McKenna will have to shoot from far outside, and when she does, that opens her up for a guillotine, one of Granger’s best moves. Granger used a guillotine to win the Cage Fury FC title in 2019, and there’s a small chance she can do so here.

Solid week for us last week. We missed both of our underdog straight plays, but cashed the rest of the regular action, and even, for a brief moment, got our hopes up on the long shot. It was not to be but as the great Dominick Toretto says, “Winning’s winning.”

Make sure you check out No Bets Barred if you haven’t already for even more betting discussion. Until next week, enjoy the fights, good luck, and gamble responsibly!