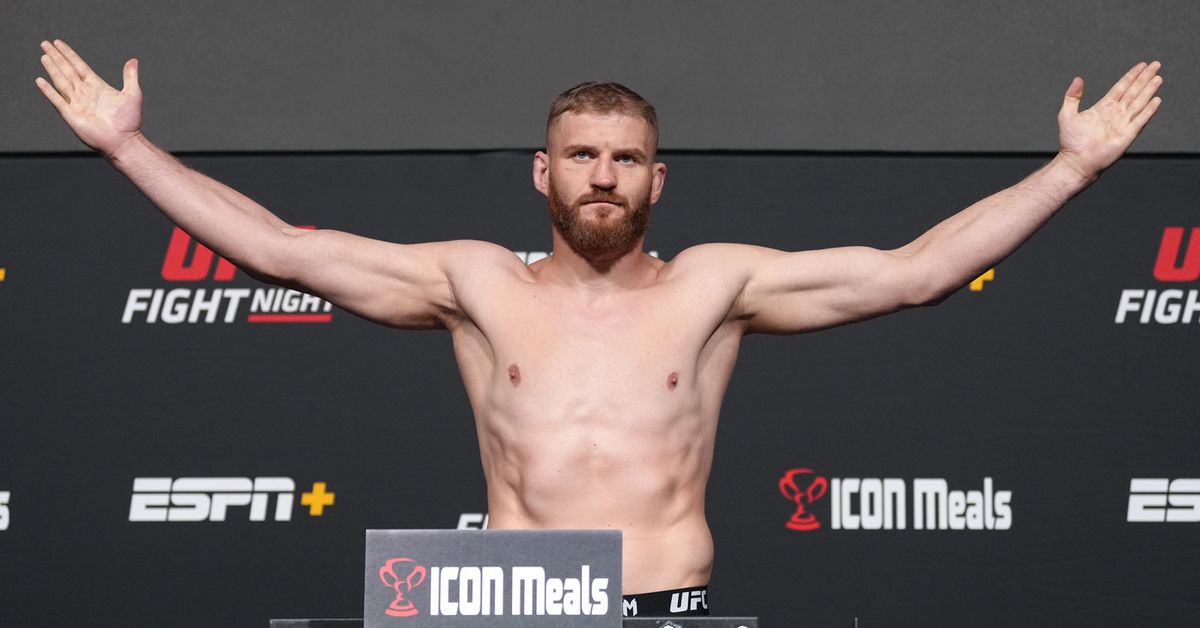 Jan Blachowicz and Aleksandar Rakic are set for a pivotal light heavyweight bout.

The 205-pound contenders — Blachowicz is currently No. 4 and Rakic is No. 6 in the MMA Fighting Global Rankings — both successfully made weight at Friday’s official weigh-ins for the light heavyweight main event of UFC Vegas 54. Blachowicz, the former UFC champion, came in at 205. 5 pounds, while Rakic weighed in at 205 pounds on the dot.

This is Blachowicz’s first fight since losing his UFC title to Glover Teixeira at UFC 267 last October. That loss halted a five-fight win streak for the Polish standout.

Rakic is coming off of a unanimous decision win over one-time title challenger Thiago Santos at UFC 259 in March 2021. He has won two straight fights and his UFC record currently stands at 6-1.

Carlos Candelario came in at 0. 5 pounds over the flyweight limit for his UFC debut against Tatsuro Taira on the preliminary portion of Saturday’s card. The bout status is yet to be decided. He received additional time to try to gain weight.