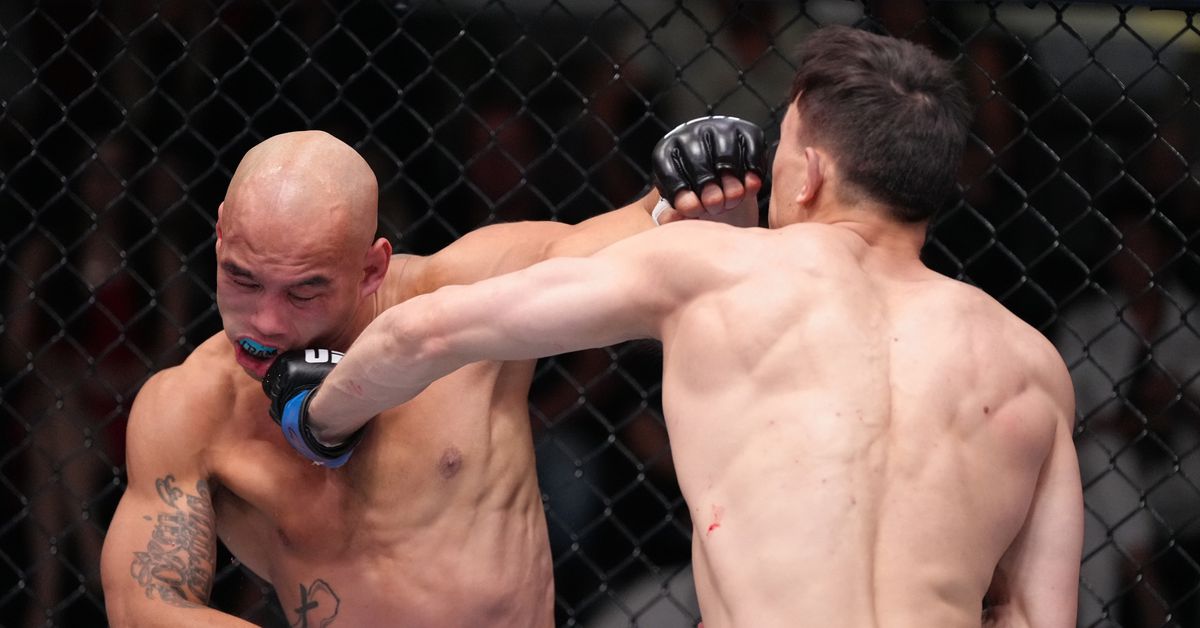 Manuel Torres maintained his streak of finishing in his octagon debut, by placing Frank Camacho down at UFC Vegas 54..

The Contender Series veteran gunned for the knockout from the very first exchange, but it was a devastating left-right combination that staggered Camacho and sent him down to the canvas. Once Camacho was hurt badly, referee Herb Dean stopped the fight to ensure he didn’t absorb any unnecessary damage, with the end coming at 3:27 in the opening round.

“Very happy to be a part of the UFC,” Torres said. “Very happy to win this fight. “I want to stay here for ever. He hit me a couple of times but I didn’t get hurt at all. I also wanted the hook .”

The shots came early and often from both fighters, with Torres connecting with the first big punch in the fight after he clocked Camacho with a stiff left hook. Camacho was rattled by the strike for a moment, but he soon got his legs under him and came back firing with an intention to take out Torres.

Torres did a good job mixing up his combinations as he came down the middle with several shots in succession followed by huge looping punches behind them. With Camacho willing to engage, Torres kept teeing off on him with great accuracy, including a perfectly timed uppercut that landed clean.

Camacho was left wobbling again by the punch, but Torres saw an opportunity for a vicious left-right, which connected on Camacho’s chin. The 32-year old veteran fell to the ground. Camacho was saved by the referee at that moment and Torres received his first UFC victory. He also earned his fourth consecutive finish.

Now 13-2 in his career, Torres looks to be an exciting addition to the UFC roster, especially if he continues to put on these kinds of performances moving forward.