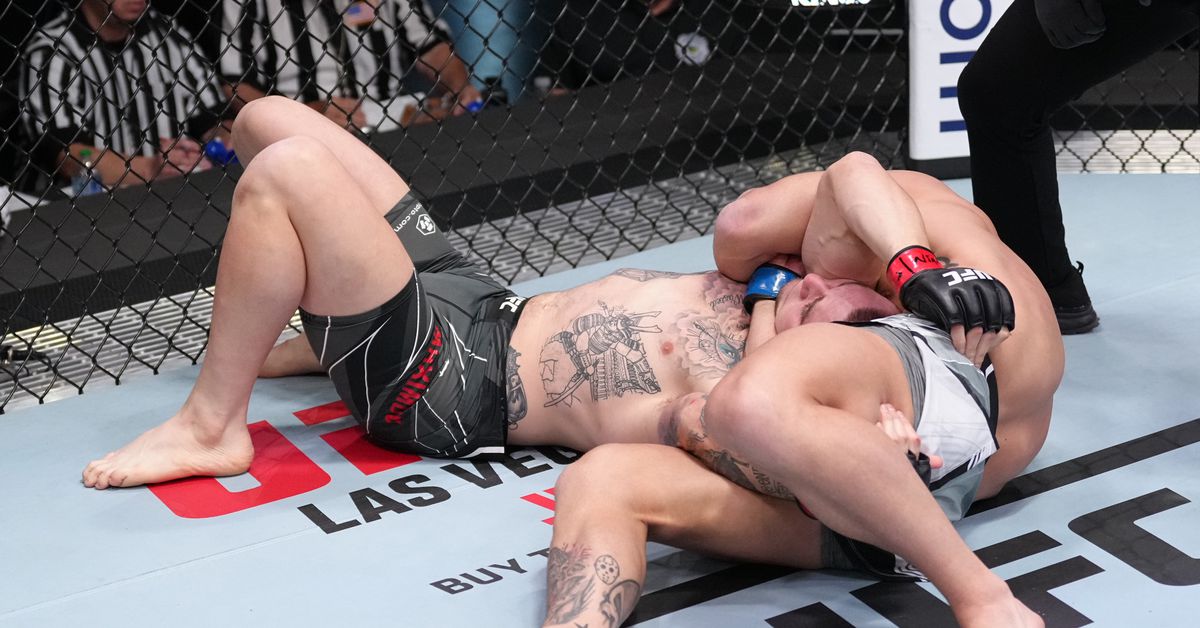 Andre Petroski demonstrated who was the better prospect on Saturday night.

The recent The Ultimate Fighter contestant improved to 3-0 in the UFC with a first-round anaconda choke submission of Nick Maximov to open the UFC Vegas 54 preliminary card at UFC APEX in Las Vegas. Maximov was actually unconscious by Petroski’s choke, and Chris Tognoni intervened to stop the fight 76 seconds before Round 1..

Watch the smooth submission above.

In what was to be an intense grappling match, Petroski won the scramble that set up his fight-ending move. Petroski, now 8-1 as a pro, has finished all three of his UFC opponents following third-round stoppages of Hu Yaozong and Micheal Gillmore. All of Petroski’s wins have come by way of knockout or submission.

Maximov (8-1) loses for the first time after earning decisions over Punahele Soriano and Cody Brundage in his first two UFC outings.