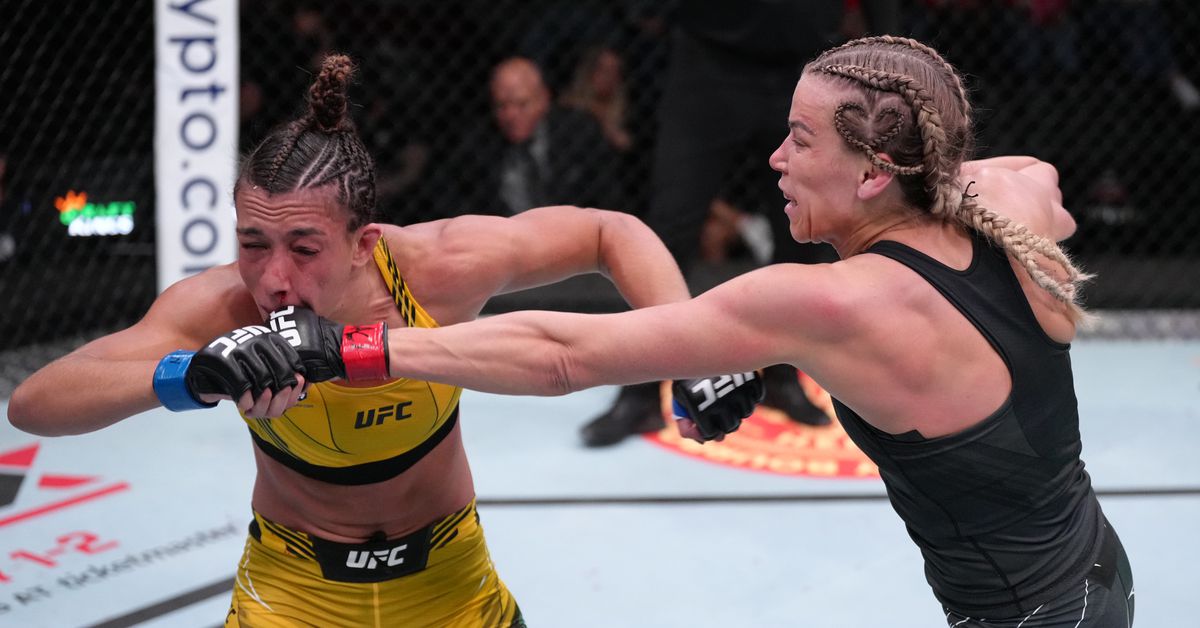 Katlyn Chookagian has now put together her longest UFC winning streak after picking up a fourth victory in a row with a split decision over Amanda Ribas.

The flyweights fought it out over three rounds. Chookagian struck the decisive factor as she connects with better shots and Ribas looked determined to win the fight. In the end, Chookagian produced more offense and that led to two judges scoring the fight 29-28 in her favor, with the third official going 29-28 for Ribas.

“To be honest, I kind of blacked out. I was just fighting,” Chookagian said. I believe you are always confident in your abilities. Although I knew I would win, I wasn’t confident in my decision-making abilities. Because I have to make decisions, I take a lot of time off. But I do hope it was a positive one .”

When the fight started, Ribas was quick to close the distance and put Chookagian down on the canvas with a slick head-and-arm throw that brought the fight into her world on the ground. Chookagian was strong and defended her position well. She eventually managed to free herself with a great reversal, which brought the flyweights back at the feet.

Working at a distance, Chookagian cranked up the volume as she threw punches in succession, with Ribas struggling to do the same in return. While Chookagian will never be mistaken for a knockout striker, she tagged Ribas on the chin and didn’t allow the Brazilian to set up much of anything in the exchanges.

Chookagian kept up her impressive feet, until Ribas got another takedown. Ribas was trying to stop the former flyweight champion. Chookagian managed to remain patient despite Ribas’ best efforts to keep it on the mat.

With Ribas struggling with her striking defense, Chookagian took advantage with couple of stiff punches finding a home on the Brazilian’s chin.

Chookagian continued to land with better accuracy and volume, but Ribas stood in the pocket and challenged her in the exchanges. Still, Ribas ate far more strikes than she offered in return, and that was really the story of the fight.

After signing a new deal to remain with the UFC, Chookagian is now hoping to build on her four wins in a row by climbing back into title contention in the near future.

“I want the title shot,” Chookagian said. “I want my second shot at Valentina for the title. [I want] Any girl that I have not fought — Miesha Tate will win, AlexaGrasso can take it. Anyone .”