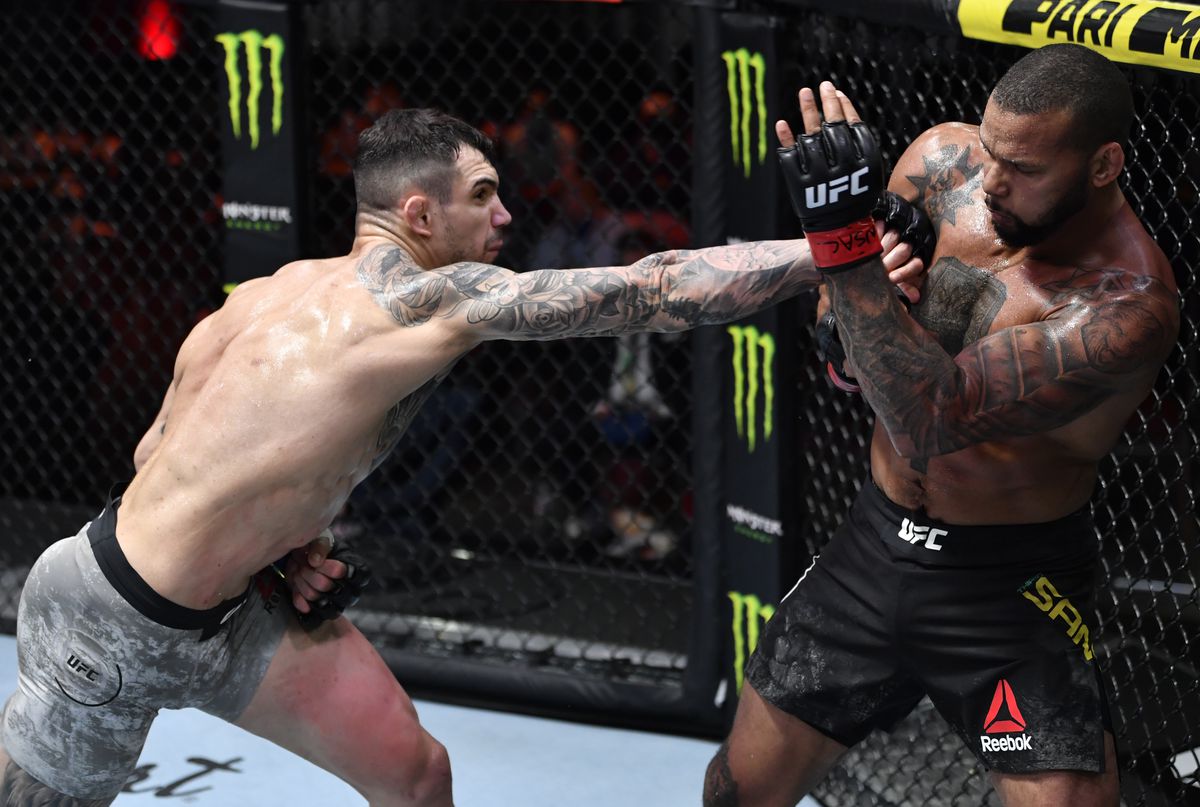 Fresh of the highly eventful UFC 274, the number one MMA organization in the world returns with a follow-up Fight Night card in Las Vegas to keep its momentum going. In the main event, one-time light heavyweight champion Jan Blachowicz takes on one of the best prospects in the division, Aleksandar Rakic, in a fight that could have huge implications for the 205-pound title. Outside of the main event, there’s a little less name value but we still have 10 more fights on Saturday, with several good betting opportunities.

In a world where judges were good at their jobs, Aleksandar Rakic would be undefeated and have substantially more hype behind him. Instead, a split decision loss to Volkan Oezdemir has it so that he is only a modest favorite over a nearly 40-year old Jan Blachowicz. Don’t get me wrong, Rakic is not the best fighter in the world, but it’s possible he is the best light heavyweight, and he should be more than a match for the former champion here. Blachowicz is slower than Rakicz and he’s faster. Plus, his lower kicks disrupt Jan’s rhythm, allowing him to score consistently, while Blachowicz spends his fight trying unsuccessfully to get his Legendary Polish Power.

Araujo faces Andrea Lee, a flyweight fight that offers a fascinating clash of styles. Lee is an excellent fighter, who can do a lot and moves at a high pace on the feet. However, she’s not great in defensive wrestling or grappling, which Araujo excels at. Araujo is almost certain to be able get her takedowns started early and I think she will create a lead that Lee won’t be able back from.

This bet was suggested to me by my co-host on the No Bets Barred podcast, Conner Burks, and I’ve got to say, he sold me on it. Grant has a great foot power punch, and that plays well against Smolka’s fragile chin. However, Grant can also be a liability on the ground, having lost four times in his career. This is something Smolka could take advantage of. Since returning to the UFC in 2018, Smolka has been a textbook Get-Or-Get-Got fighter, alternating stoppage wins and losses.

Death, Taxes, and Katlyn Chookagian winning by decision — that’s been the story of the flyweight division since Chookagian made her UFC debut in 2016. Chookagian is an elite fighter and one of the best flyweights on Earth, but she simply isn’t a finisher. Ribas, meanwhile, is a very good fighter, but she’s also a natural strawweight. The size difference here will be very difficult for her to overcome, especially given Chookagian’s ability to nullify opposing offense. Ribas might be able to score takedowns early, but she’s going to find it tough to build sustained success, and all the while Chookagian will be chipping away and piling up points.

I’m not sure which MMA God Angela Hill offended, but Overkill has had one of the most unfortunate career that wasn’t hampered by injuries. Hill lost her five last bouts by split decision in three of which she felt like she was being robbed. Against Virna Jandiroba, a similar fate could befall her if she gives up too many takedowns, but Jandiroba is too wild on the feet and not a great wrestler. I think Hill can pick Jandiroba apart at range and avoid most of the grappling, which should put her in line to finally get awarded a decision victory.

Maximov is the biggest favorite on this card for a reason: He is going to beat Andre Petroski. Maximov has many weaknesses and is not a complete product. However, he is an outstanding wrestler and grappler and that should be enough to win the bout. Petroski can also be a grappler, but is not nearly as skilled. He was famously ninja choked on The Ultimate Fighter . Maximov should prevail comfortably.

In her 14 bouts inside the octagon, Chookagian has never stopped an opponent, and has only been stopped herself twice, against Valentina Shevchenko and Jessica Andrade. Ribas is a good fighter, but she’s not the physical force that either of those women are. It would be amazing if this fight didn’t reach the finals.

Araujo and Lee have a combined 14 UFC fights between them. An Over 1. 5 Rounds bet would have cashed in every one of those fights. Simply put, neither woman is a big finisher, and when they do get them (or get stopped), it’s later in the fight after attrition has set in.

Parlay these three bets together for +110 odds.

As mentioned above, four of Davey Grant’s six losses have come by submission, and seven of Smolka’s 17 career wins have come by tapout. While Davey Grant may land a huge shot and put Smolka out, it is unlikely that Grant will do so. Grant, however, isn’t the best finisher in the world and Grant can make Smolka lapse in judgement if Grant attempts to forcibly force anything too soon.

UFC 274 was one of our worst weeks ever, having been heavily invest in Rose Namajunas before she laid one of the all-time biggest eggs we’ve ever seen in a title fight. That plus Shogun Rua and Marcos Rogerio de Lima getting tough decisions against them solidified an all-time bad night. We’re moving on to the next week.