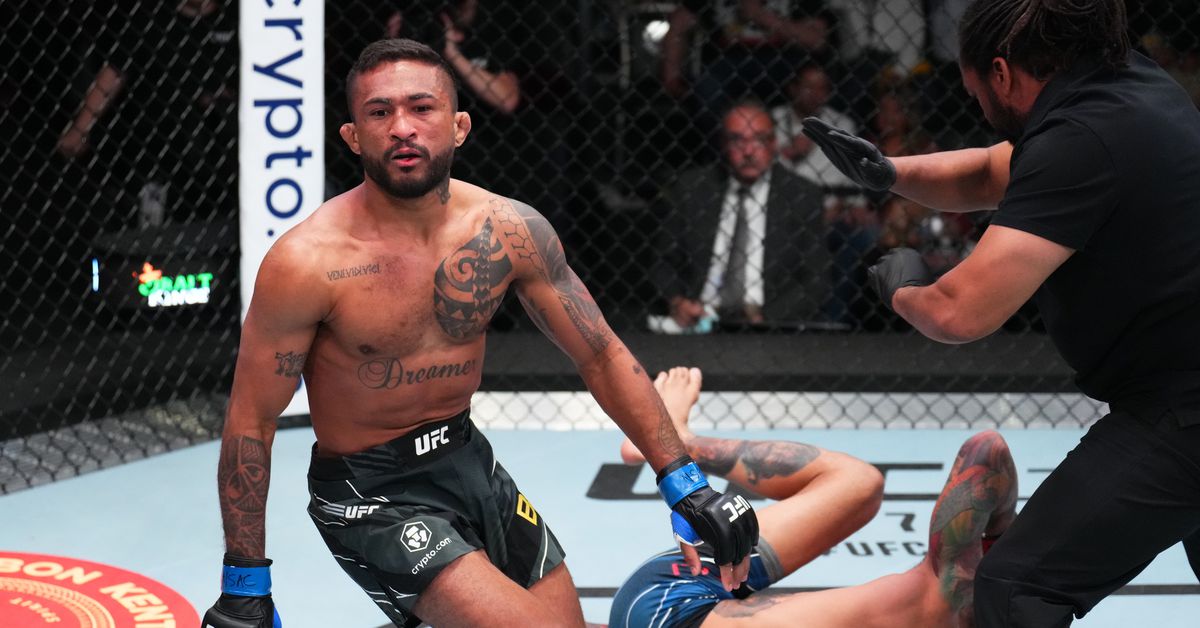 Joanderson Brito had a lot on his mind heading into UFC Vegas 53 but he still managed to earn a jaw-dropping 41-second finish over Andre Fili.

According to the Brazilian, he got word earlier in the day that his uncle in Brazil had passed away but he decided to still move forward with his fight as he looked to bounce back from a loss in his UFC debut.

Brito made sure to make the best of the situation. He blasted Fili with a massive overhand just seconds before the first round. This twisted Fili’s head and landed him on the floor.

Brito immediately followed with a torrent of punches to the ground, including some very nasty hammer fists. Fili was unable to recover his senses before the referee jumped in to rescue him.

While Fili got back to his feet quickly after the stoppage, he didn’t seem to complain much after he got blitzed with strikes following the knockdown delivered by Brito.

“I wanted to be here,” Brito said after an emotional win. “I wanted to focus on this moment. This made it even more memorable to be there in that moment. I come from 10 straight wins before [that loss]. To finish it .”

Brito now sits at 1-1 in his UFC career after he previously competed on Dana White’s Contender Series back in 2021. Overall, Brito now holds a 13-3-1 record while picking up his first UFC win with the emphatic finish over a veteran in Fili.