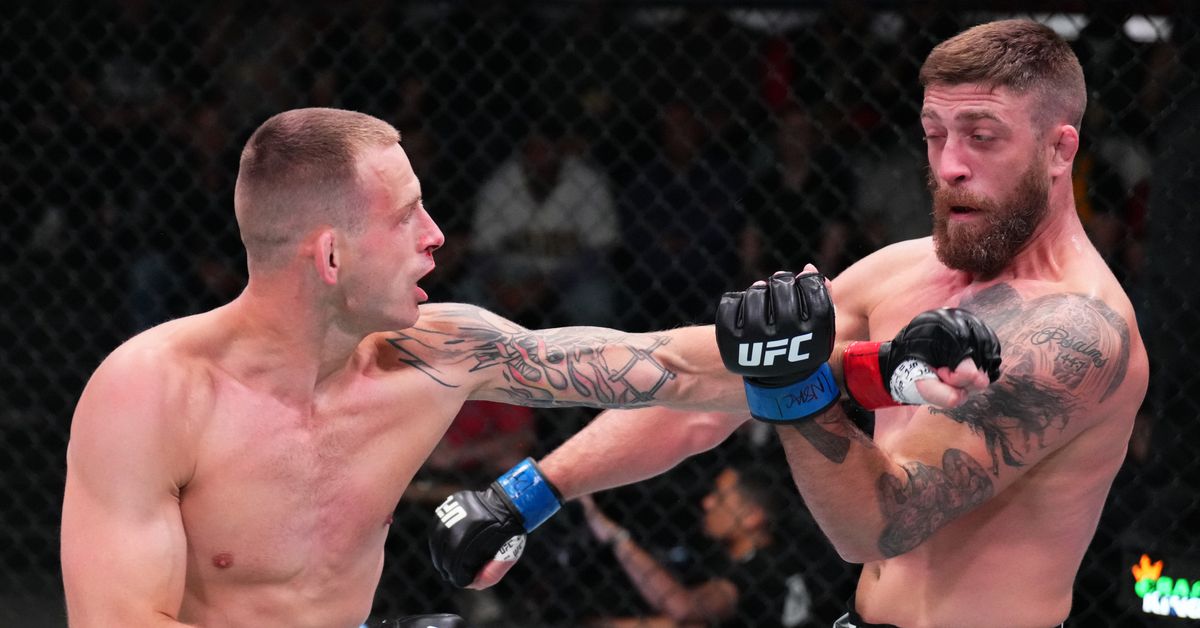 Krzysztof Jotko didn’t get a finish but he put on a dominant performance over three rounds to beat Gerald Meerschaert in the opening fight on the UFC Vegas 53 main card.

Jotko was able to exert his will in almost every exchange with Meerschaert, regardless of whether he was grappling or striking, and he won every round according to the scorecards. All three judges gave him the fight with identical 30-27 scores as Jotko moves to 5-1 over his past six fights.

” I hope that the fight was enjoyable and good-natured,” Jotko stated afterwards. My game plan was to knock him out and put him away, but I believe I can do it whenever I wish. My timing was much better than his.”

Jotko was showcasing fast hands from the first exchange as he sought to overwhelm Meerschaert with his striking attacks. Jotko had a slower opponent and was mixing his moves with stiff kicks up the middle, coming at Meerschaert.

As time passed, Meerschaert was looking to close the distance and he did manage to drag the fight to the ground but Jotko was able to negate the wrestling attempts with great scrambles to consistently get back to his feet.

While he was more effective when he had room to work, Jotko was also staying very busy in the clinch with short inside punches and elbows. As he tried to increase his offensive diversification to score more points on the judges’ scorecards, he even managed to throw Meerschaert off the mat.

Jotko continued his dominance in the last round. He remained a step ahead Meerschaert every time as he stopped every effort to come back. The veteran middleweight was impressive as he added yet another win to his UFC record.