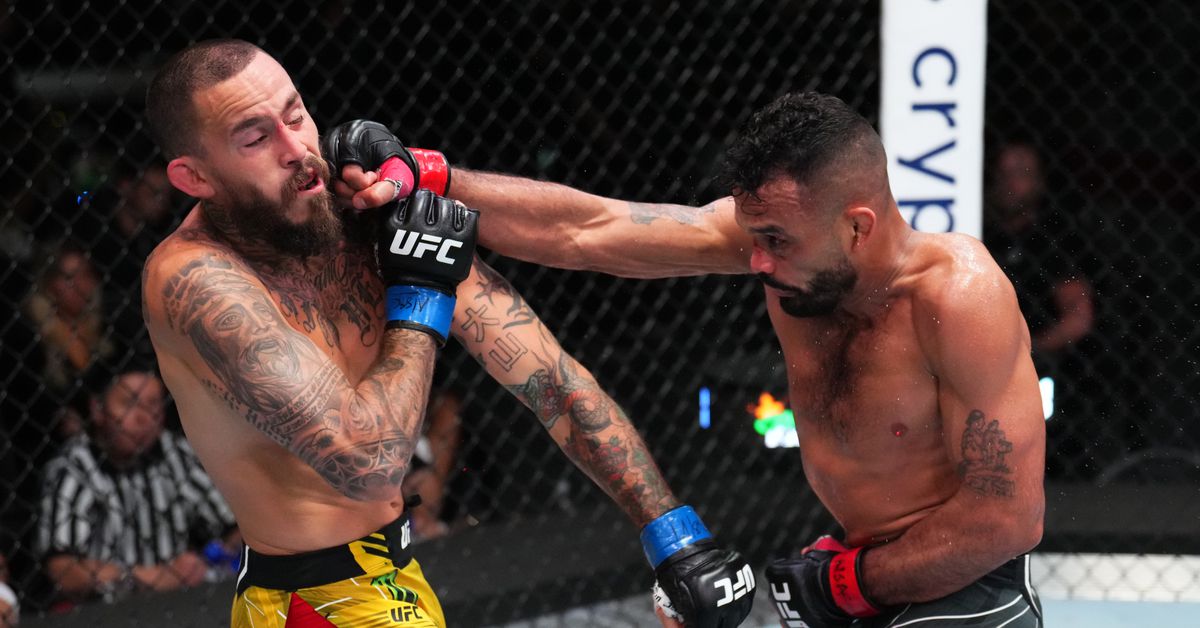 Marlon Vera and Rob Font each took home an additional $50,000 after being awarded “Fight of the Night” for their five-round slugfest in UFC Vegas 53’s headliner.

Vera and Font went toe-to-toe for 25 minutes and produced several thrilling moments before Vera was declared the winner by unanimous decision (48-47, 49-46, 49-46) on Saturday at UFC APEX in Las Vegas.

The UFC announced post-fight bonus-winners after the event. Font received his fifth bonus for UFC performances, while Vera was awarded his seventh.

Two other bonuses were handed out at UFC Vegas 53 for “Performance of the Night” and went to a pair of Brazilian finishers. Main card combatant Joanderson Brito took home an additional $50,000 for a 41-second knockout of veteran Andre Fili, while Francisco Figueiredo, the brother of UFC flyweight champ Deiveson Figueiredo, took home the same check for a 78-second kneebar submission of Daniel Da Silva.