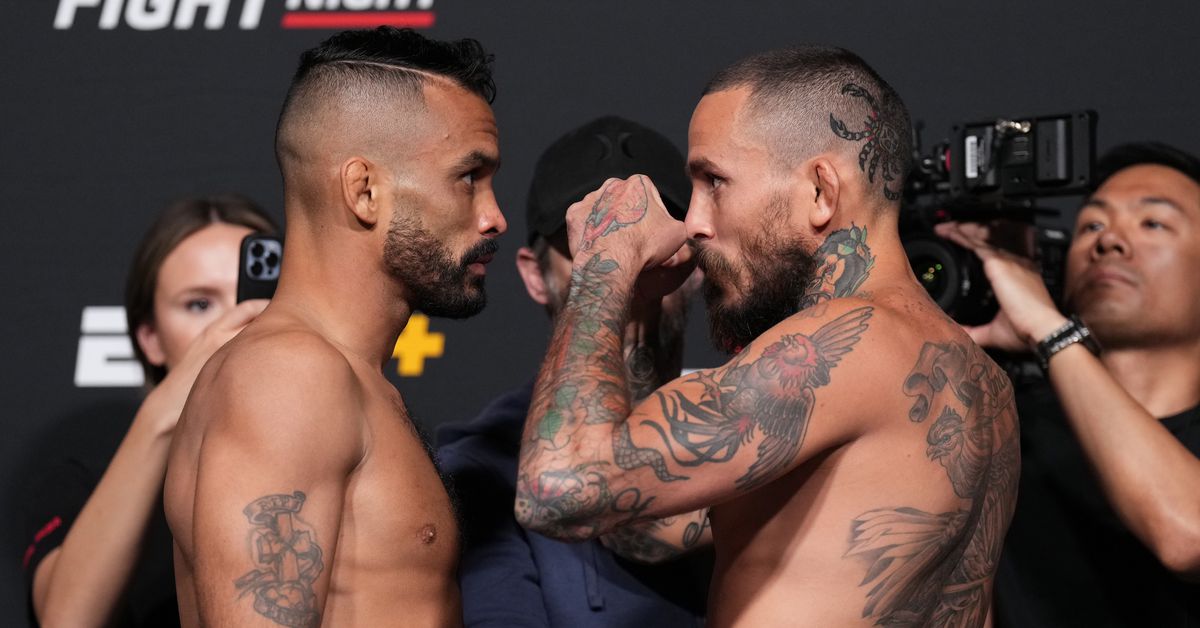 This is the UFC Vegas 53 live blog for the bantamweight showdown between Rob Font and Marlon Vera, the main event on Saturday at the UFC APEX.

Font is his third consecutive headliner. Vera will take the main event slot for the first-time in her UFC career.

The New England Cartel team member missed weight for the first time in his UFC tenure by 2. 5 pounds ahead of the fight, and is forfeiting 20 percent of his purse to Vera. Font is looking to rebound from his loss in a unanimous decision to Jose Aldo at the UFC Vegas 44 December event. The No. 6 ranked bantamweight in MMA Fighting’s Global Rankings won four straight, including a first-round TKO win over Marlon Moraes, and a one-sided unanimous decision victory over Cody Garbrandt in his first UFC headliner.

Vera, ranked No. 11 in MMA Fighting’s Global Rankings, has won two straight, and three of four with victories over Sean O’Malley, Davey Grant, and — with a vicious front kick KO — Frankie Edgar at November’s UFC 268 event.

Check out the UFC Vegas 53 Live Blog below.