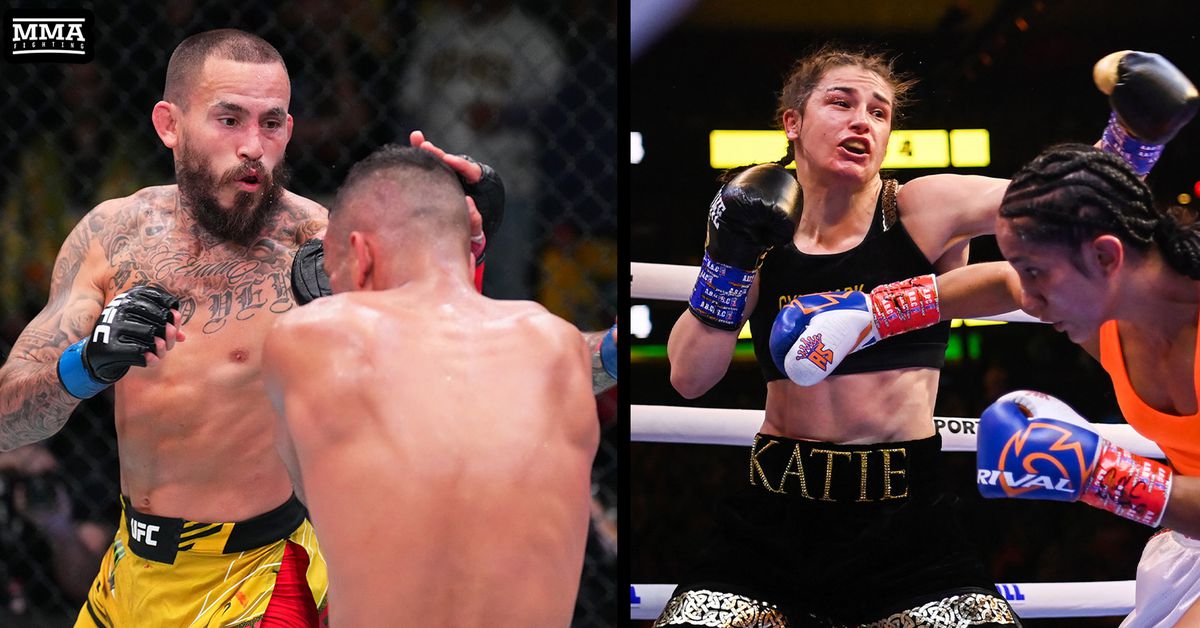 Katie Taylor and Amanda Serrano made history on Saturday night in the boxing ring, while Marlon Vera officially inserted himself into the championship conversation in the UFC’s bantamweight division.

Following Taylor’s win over Amanda Serrano at Madison Square Garden, MMA Fighting’s Mike Heck, Shaun Al-Shatti, Jose Youngs, and Alexander K. Lee reacted to the unbelievable atmosphere and fight in New York, along with the big moments from UFC Vegas 53, including Vera’s big win over Rob Font in the main event, where both guys go from the five-round headliner, Alexandr Romanov’s future, and more.

Watch the video above, or an audio-only version of the show can be streamed below and on Apple Podcasts, Google Podcasts, Spotify, Stitcher, and wherever else you get your pods.