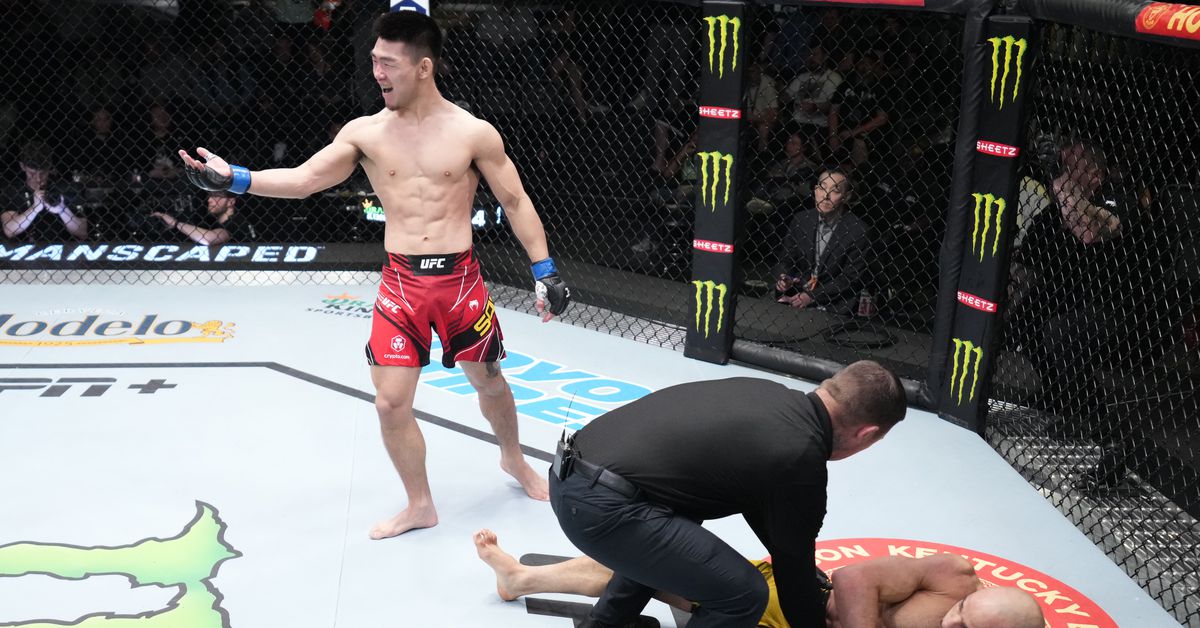 Song Yadong sent notice to the rest of the UFC bantamweight division that a new contender is coming.

The 24-year-old prospect picked up the biggest win of his career at UFC Vegas 50 on Saturday night by crushing one-time title challenger Marlon Moraes with a devastating uppercut to earn a knockout just 2:06 into the opening round. It was the third win in a row for Song, but by far the highest-profile opponent to add to his growing resume.

” I’m happy, and I feel sorry for Marlon. He is an excellent fighter,” Song stated after the victory. “Our first round was planned for defense mostly, but I felt there was a chance so I had to catch it.”

Song, looking to make a statement and go headhunting immediately after the exchange. He nearly put Moraes in his place with a clubbing right-hand. Moraes ate the shot and came right back at him with a head kick and a flurry of punches, but Song continued to stay directly in his face throughout the opening round.

Song fought until Moraes was back up. This allowed him to be more open with his combinations of blitzing attacks.

Song then sprinted ahead, throwing a series of quick punches that broke Moraes’ back and sending him to the ground in a heap. Referee Keith Peterson immediately rushed in to stop the contest once it was clear that Moraes was down and out, as Song celebrated his second consecutive knockout.

Song won the title and is looking to challenge a past champion. He also hopes to rekindle a feud with his training partners, Team Alpha Male.