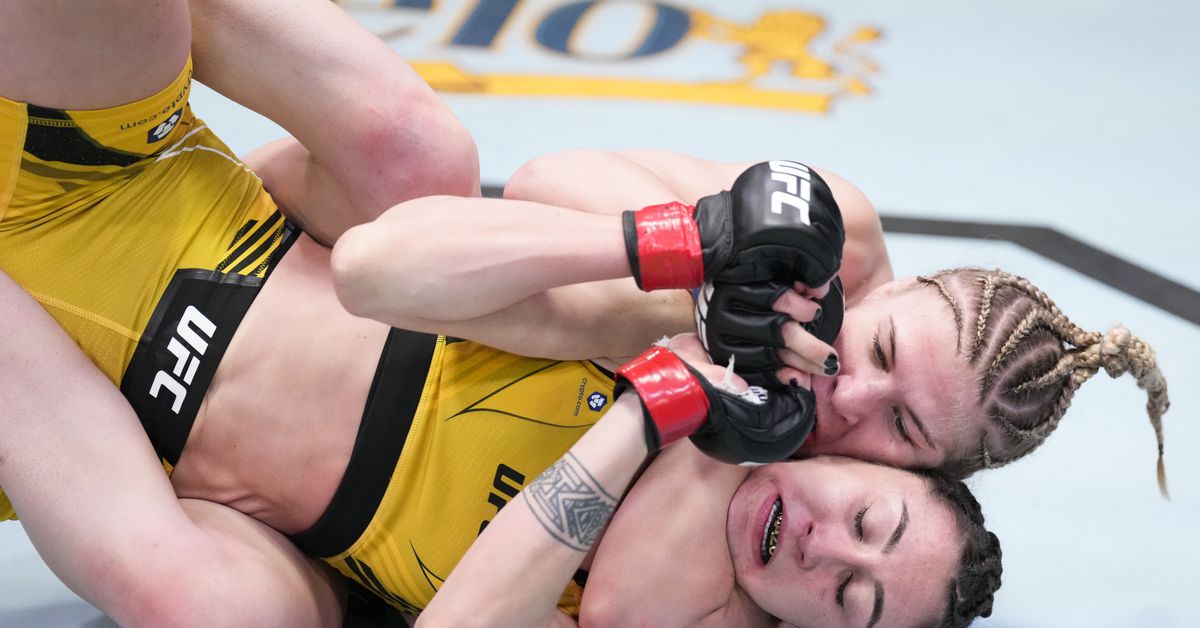 Miranda Maverick put an emphatic stop to her losing streak.

The 24-year-old flyweight outworked Sabina Mazo (9-4) and then finished her with a rear-naked choke submission on the preliminary portion of UFC Vegas 50 on Saturday. Maverick (10-4) snapped a two-fight skid and bumped her UFC record back over the . 500 mark at 3-2.

Watch her submission video above.

It was Maverick’s fight for most of the contest. She refused to let Mazo show her striking and closed the distance, gaining a takedown during the first round. Mazo had plenty of fight off of her back as she attacked with an armbar, but Maverick cleared the submission attempt and resumed her offense from top position to take Round 1.

Round 2 saw Mazo fending off another takedown attempt before eventually succumbing to Maverick’s wrestling. This time, there was no stopping Maverick from taking her back and attacking with a choke that brought a stop to the contest 2:15 into the second round.

It was Maverick’s first win since scoring a TKO by Liana Jojua to stop her doctor in her UFC debut in October 2020.. Maverick was suffering from a loss by Erin Blanchfield, a fellow flyweight prospect.

Mazo has now lost three straight fights and her UFC record sits at 3-4.