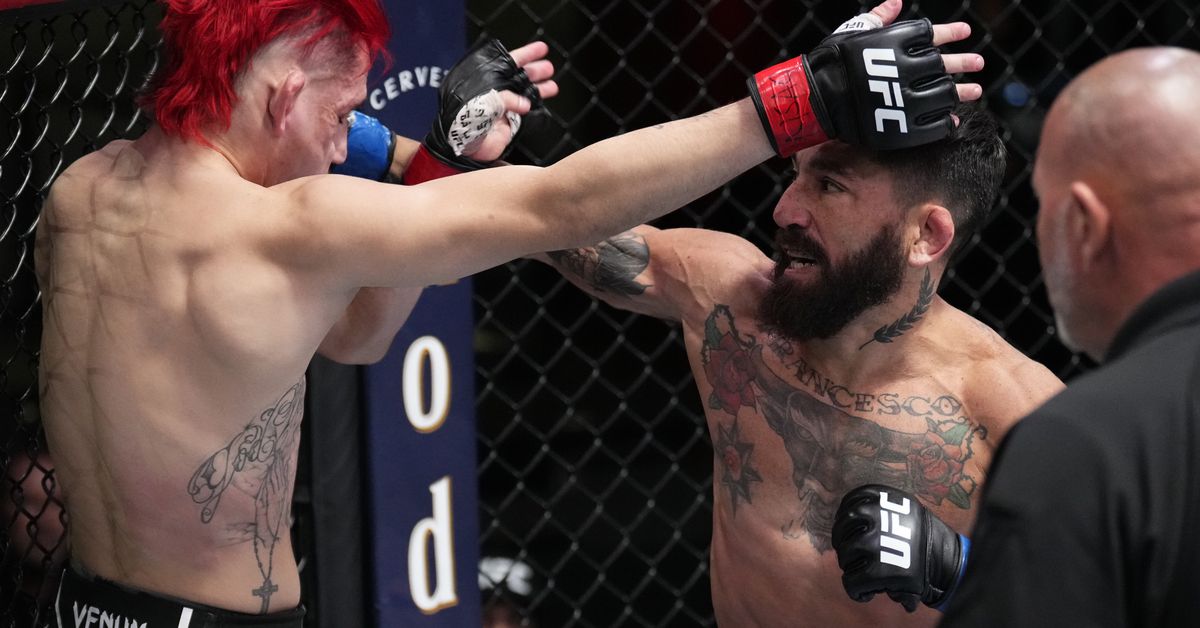 It was an intense stand-up battle from the very beginning until Cannetti smashed Moutinho’s head with a shot. That was it. Cannetti began throwing punches and Moutinho snapped his head backward, with no indication that he would fight back. Referee Chris Tognoni had to end the match.

“I’m feeling good,” Cannetti said afterwards. “More than anything, I needed to feel this feeling of being here and winning a fight. The key is in the heart .”

It was very likely that Cannetti would lose this fight after losing three straight. But he was feisty and stepped up to exchange punches on the feet with Moutinho.

Although Moutinho did manage to land a few clean shots, Cannetti was back in action with more punches behind him. Moutinho was unable to escape the situation, as Cannetti kept pounding the pavement with more punishment.

Cannetti was just about to tee off, with his opponent essentially out of his feet. The referee couldn’t help but rescue Moutinho.

The knockout gets Cannetti back on track as he earns his first win since 2018, while Moutinho drops to 0-2 with a pair of standing knockouts after falling to Sean O’Malley in his octagon debut.