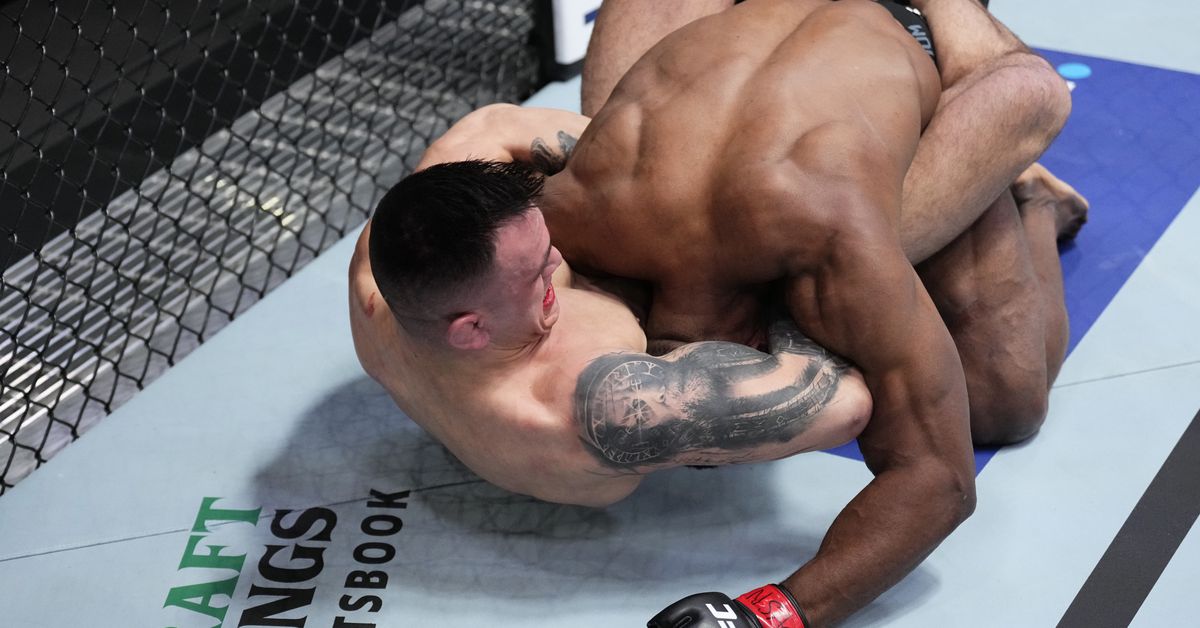 Cody Brundage stayed in the fight and then took his opponent out with a shocking submission.

After looking like he was moments away from getting stopped, Brundage (7-2) secured a guillotine choke to force a tap from Dalcha Lungiambula (11-4) in the opening round of their UFC Vegas 50 preliminary contest. Brundage won his first UFC win.

Watch the win in comeback below.

Lungiambula came out swinging and had Brundage badly hurt as he battered him against the fence to open the fight. Referee Mark Smith watched the action closely as Lungiambula timed his shots and searched for a finishing strike, but Brundage was able to defend himself intelligently enough to keep the fight going.

As they grappled along the cage, Brundage went all-out for a guillotine choke, securing his legs around Lungiambula’s waist and pulling him down to the mat. After a brief struggle, Lungiambula tapped at 3:41 of Round 1.

Brundage rebounds from a decision loss to Nick Maximov in his UFC debut last September, a bout that Brundage accepted on just three days’ notice.

Lungiambula now has lost his last two fights, the first loss in his professional career.