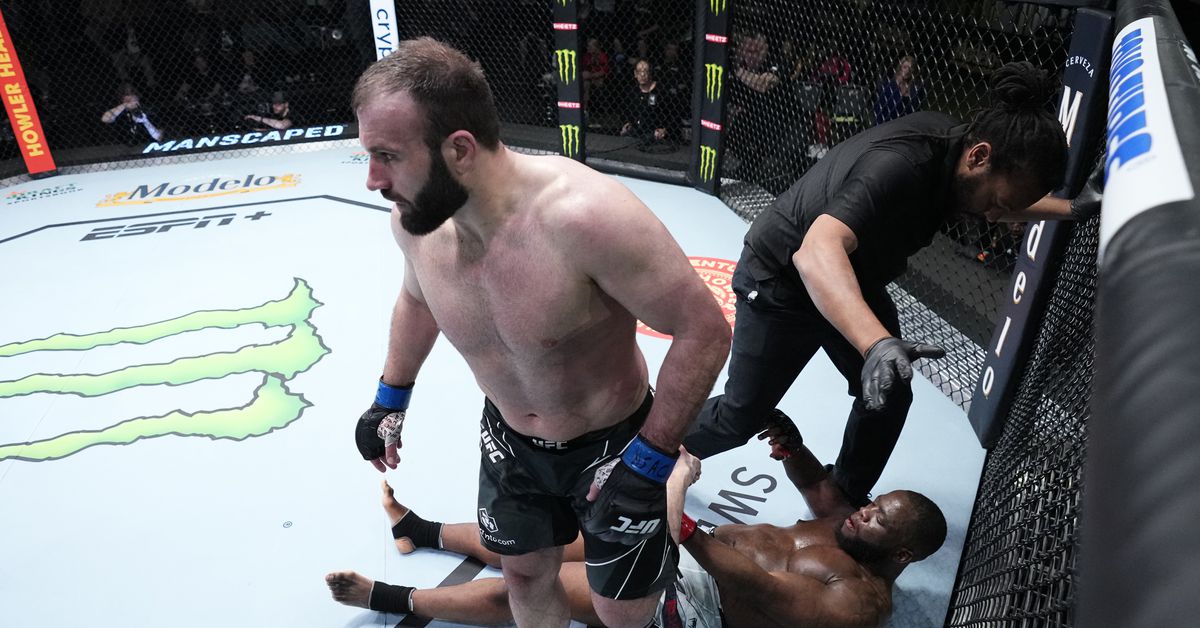 Azamat Murzakanov wasn’t leaving his UFC debut in the hands of the judges.

The unbeaten fighter stayed that way with a stunning third-round flying knee knockout of Tafon Nchukwi (6-2) to open the UFC Vegas 50 preliminary card Saturday. It was the eighth victory by knockout for Murzakanov, who improved to 11-0 as a professional.

Murzakanov was the favorite heading into the contest and performed well in the opening round, but Nchukwi began to push the pace in the second and it looked like Round 3 was anyone’s game. Before the third round, Nchukwi’s corner was heard on the broadcast telling him that he could put Murzakanov away in the final five minutes.

But, Murzakanov found the range in Round 3, jumping through Nchukwi’s defenses and landing a knee on Nchukwi’s chin. Nchukwi was thrown to the ground and the referee Herb Dean rushed in quickly to stop the fight. The official ruling of TKO occurred at the 0 :44 mark.

Murzakanov is now 1-0 in the UFC after winning a contract on the most recent season of Dana White‘s Contender Series. Nchukwi, also a past Contender Series signing, falls to 2-2 inside the octagon.