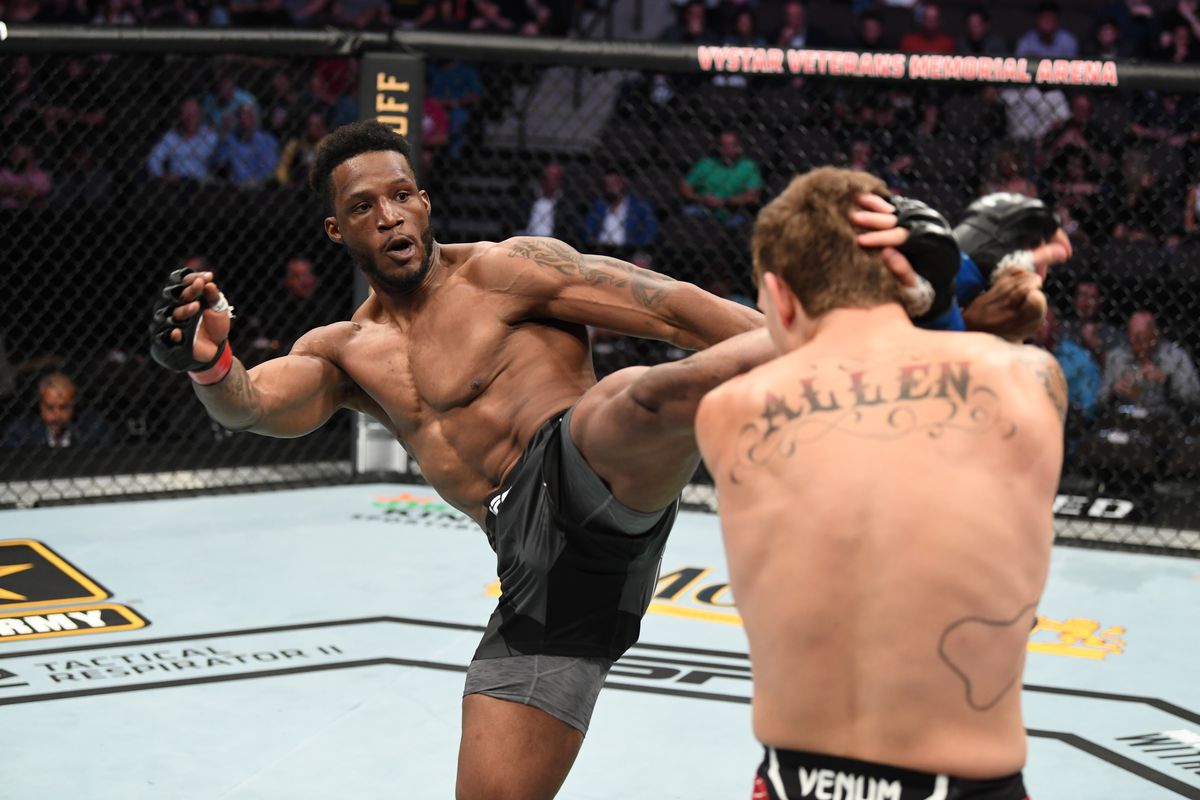 UFC Vegas 50 takes place this Saturday at the UFC Apex in Las Vegas and is headlined by a pivotal light heavyweight matchup between one-time title challenger Thiago Santos and rising prospect Magomed Ankalaev. The rest of the fight card is filled with competitive fights, many of which promise to provide a lot of action.

This fight is expected to take place almost entirely on the feet. It’s one of the best on paper. Both Roberson and Rountree are explosive strikers, but Roberson should have a number of clear edges. The former Glory kickboxer has a better command of range, is faster, and has the more proven chin, having taking shots in the past from Jerome LeBanner. Rountree also excels in variety of attacks, and can wrestle or grapple if necessary. Rountree is the larger and more powerful man. However, that power can come at the expense of his gas tank and he has been known to spend too much in an effort to land a big shot. Roberson is a great value pick, even though you cannot count out Rountree’s power. However, Roberson has a number of advantages that add up to a substantial advantage.

Though McKinney is best known for his 7-second KO of Matt Frevola in his UFC debut, the reality is that McKinney does his best work on the ground — a fact which lines up well against the somewhat questionable takedown defense of Dober, who gave up takedowns to a rocked Brad Riddell. McKinney’s sudden appearance on short notice is a concern. However, McKinney has fought only three weeks ago so the stylistic changes Dober will have to make should help even out things. McKinney should use his grappling skills to win, which I think is a good thing. Plus money seems to be a great value to me.

The decline of Marlon Moraes is one of the more shocking things to happen in MMA in recent years. Once thought to be the best bantamweight in the world by some, Moraes has seemingly fallen off a cliff the last few years, going 1-4 in his last five fights with his lone win being a questionable split decision, and his four losses all coming by knockout. Though he’s only 33, it appears that Moraes’ chin has abandoned him and he’s lost a step athletically, which has played havoc with his game. That’s a tough place to be against an athletic dynamo like Yadong, who is still not even in his prime yet. Moraes’ chin simply can’t hold up in a firefight anymore — and that’s what Yadong is going to bring.

Pereira, who has won both the Glory middleweight and light-heavyweight titles, is undoubtedly the best known UFC kickboxer. He also holds the distinction of having knocked out Israel Adesanya. Pereira is highly advantaged on the feet against anyone other than Adesanya, and though Silva is a BJJ black belt, he has never attempted a takedown in the UFC, preferring to lean on the absurd power in his hands to win fights. That’s a recipe for disaster, and Silva’s porous striking defense will open up plenty of opportunities for Pereira to close the show.

Aldrich vs. Robertson is a classic striker vs. grappler matchup and one of the closest fights on the card on paper. Robertson will win if Robertson is able to get takedowns. If she doesn’t, then she’ll lose. Aldrich is a good wrestler, but she’s not the best. I prefer Aldrich to win by the smallest margin. This is a coin flip fight so Aldrich’s plus money may be worth it. However, the By Decision Prop has a lot more value. Aldrich hasn’t finished a fight since 2016 and Robertson is pretty durable. Taking the prop is an extra bit of value and a good line.

Simply put: Ankalaev in all aspects of MMA is superior to Santos. Ankalaev is a better technical kickboxer and has a larger toolbox. He also excels as a wrestler and clinch fight fighter. This fight should not be considered one-way traffic.

This fight is a classic Get-Or-Get-Got battle. Each man is a big finisher and has clear paths to victory. Either Pereira gets the knockout (the most likely outcome) or Silva perhaps puts his black belt to use and gets a submission. This one will be over quickly.

Mazo/Maverick Fight To Go To Decision (-250)

Miranda Maverick and Sabina Maverick, on the other hand, are very likely to be in the card room. Mazo has won six of her nine professional victories by decision. She’s also only been stopped once. Meanwhile, Maverick only has one finish in her last five fights and has never been stopped.

Parlay these three bets together for +104 odds.

Sabina Mazo over Miranda Maverick by Split or Majority Decision, +1600

Maverick is the second biggest favorite on the entire card, and honestly, that’s somewhat insane. Although she is a better fighter than Mazo in the ring, her recent bouts have shown that she has regressed. Mazo is longer and more aggressive and Mazo is a stronger striker. If Mazo can stave off some of Maverick’s takedown attempts, this fight gets close in a hurry. I’m envisioning a scenario where Mazo stuffs the takedowns early and builds a lead but Maverick finds with her takedowns midway through the fight, making Round 2 a swing round.

This week, there are not many wagers. A lot of competitive fights with pretty well set lines. We had an excellent week, and we hope to continue that momentum this weekend with another big Saturday.