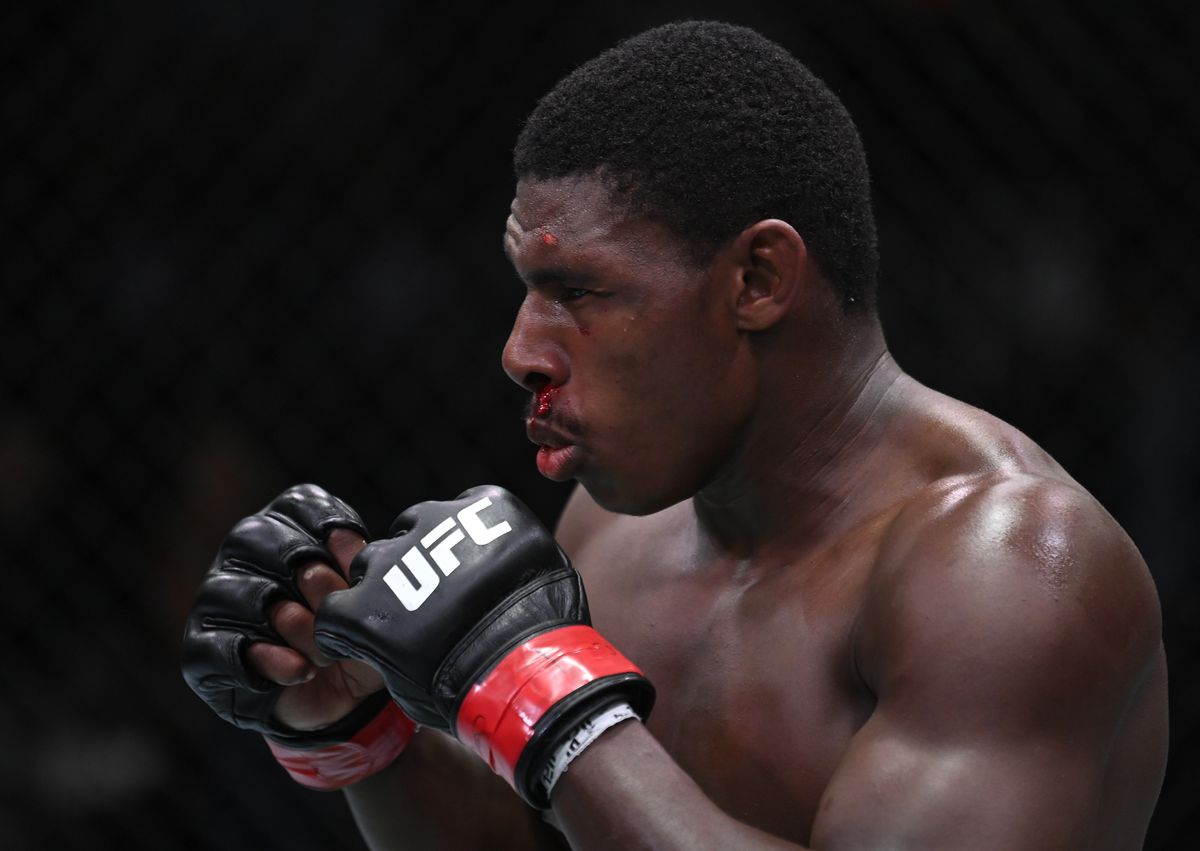 This weekend features an MMA doubleheader with both the UFC and Bellator promoting fight cards on Saturday evening. At UFC Vegas 48, Johnny Walker takes on Jamahal Hill in a five-round light heavyweight fight. Meanwhile at Bellator 274, welterweight contenders Neiman Gracie and Logan Storley face off in Bellator’s first ever five-round, non-title, non-Grand Prix fight. Let’s take a look at some of the best bets available on both cards.

All odds are courtesy of our friends at DraftKings Sportsbook.

Joaquin Buckley has had a difficult time building momentum, but he should be able to get some going here. In many ways, Abdul Razak Alhassan is a worse version of Buckley. Both men are powerful strikers with impressive physical frames, but Buckley works at a higher pace and has slightly better defense. Also, Buckley is a southpaw, has a 3-inch reach advantage, and is 9 years younger than Alhassan. All of those factors should add up to a Buckley win.

Stephanie Egger over Jessica-Rose Clark at +155

Stephanie Egger, a former Judo champ, is a skilled black belt and held her own against Gabi Garcia at the ADCC World Championships. She will need to get takedowns against Jessica-Rose Clark in order to win the bout. Clark is a better fighter than Egger. Clark is a fine, if unspectacular, wrestler, but I suspect Egger will be able to force clinches and get the fight to the floor enough to take home the win.

Logan Storley over Neiman Gracie at +135

Speaking of physically gifted, let’s talk about arguably the most physically gifted fighter competing this weekend. Logan Storley is a four-time Division I NCAA All-American wrestler who transitioned to MMA in 2015 and amassed a 12-1 record. He lost his only loss to Yaroslav Almosov (current Bellator welterweight champion), in a split decision. Gracie is not that, and we saw him struggle against the takedown defense of Justin Jackson two fights ago. Storley has the ability to keep this on the ground and defeat Gracie – or he could put Gracie on his stomach if he chooses. The latter is playing with fire, but Storley is a very good grappler and may feel comfortable doing so. Storley is my favorite, and he’s well worth the value play.

This fight is about as straightforward of a “Get Or Get Got” fight as you can possibly have. There is a reason that both Johnny Walker and Jamahal Hill have an average fight time of less than eight minutes: they are finishers with big power who don’t possess the world’s greatest chins. Walker can be dangerous and is capable of winning, but you have to choose Hill in a fight where “whoever land first wins”.

Walker won a decision against Thiago Santes in his latest bout. It was one of the most bizarre and terrible fights this year. He explained that he struggled to face a Brazilian earlier in the week. He’ll have no such qualms tonight against Hill, who himself starts quickly and keeps up an extremely fast pace. These two men are going to come out guns blazing, and given the power and chins of both men, we’re looking at an early end to the evening.

Christian Rodriguez is a decent prospect, but he’s coming in on short notice against Jonathan Pearce, and he’s really a bantamweight. Add in the difficult style matchup against Pearce, who likely hopes to wrestle Rodriguez for 15 minutes, and this is a tough debut for Rodriguez.

God bless Jim Miller, who at 38 years old is approaching his 40th fight in the UFC. That is a truly remarkable feat, but the fact is, he’s 38 years old and approaching his 40th fight in the UFC! Nikolas Motta is far from a world-beater, and at his peak, Miller would probably have won this fight handily. But it’s 2022, and that’s just not the case anymore. If Miller pulls off the upset here, it’s a testament to his craftiness and guile, but I simply don’t see it happening against the much younger and more physically gifted Motta.

On the Bellator front, Andrey Koreshkov is better than Chance Recountre at all aspects of MMA and a much better athlete to boot. At 35 years old, it’s tough to imagine Recountre overcoming those disparities. Koreshkov lost only to top-flight world welterweights. Recountre isn’t that.

Alan Baudot by KO/TKO in Round 1

If you’re looking for a long shot, the best place to begin your search is almost always the heavyweight division. Alan Baudot is not a future heavyweight champion, and he may well not even be in the UFC in a couple of years. But Parker Porter isn’t a prize either. Baudot has an enormous reach, is strong and can swing hammers. This might make it difficult for the defense-shy Porter.

We had a tough go of things this past week, though if Derek Brunson had another 10 seconds at the end of Round 1, we may well have cashed the long shot. This week, we’ll be looking for a rebound with less underdogs.

All information in this article is provided to readers of MMA Fighting for entertainment, news and amusement purposes only. It is the responsibility of the reader to learn and abide by online gambling laws in their region before placing any online sports betting wagers.