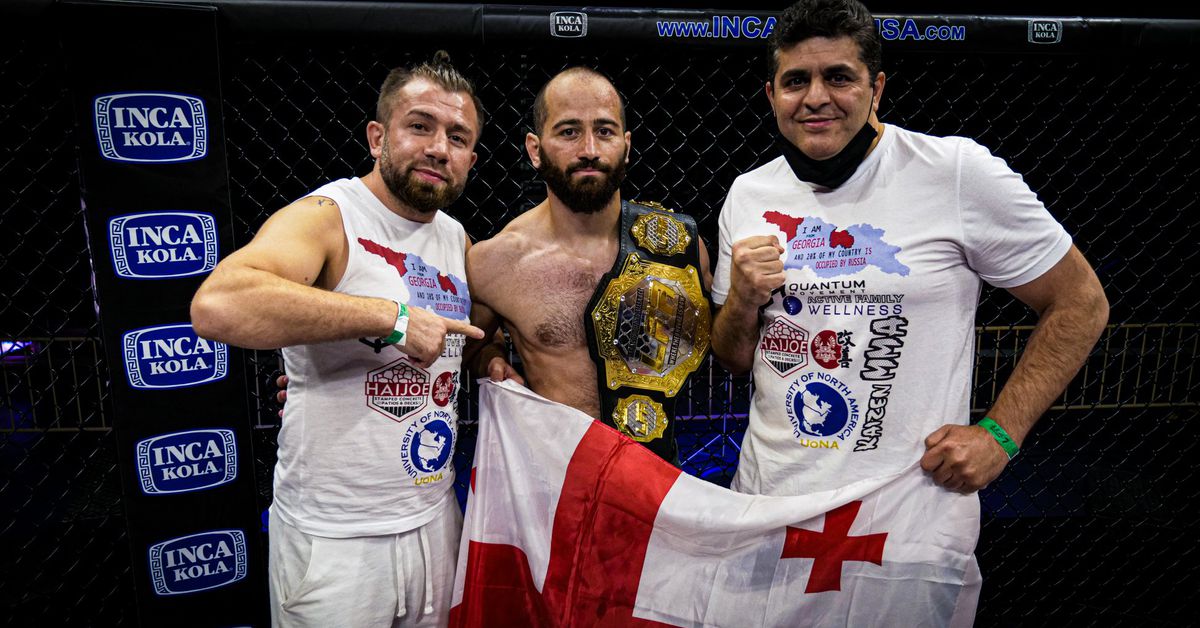 Zviad Lazishvili is no longer a UFC fighter, the promotion confirmed to MMA Fighting on Tuesday.

Lazishvili (13-1) signed with the promotion as an undefeated LFA bantamweight champion in 2021 and made his octagon debut this past October against Jonathan Martinez, losing a decision in Las Vegas.

The 30-year-old was then hit with multiple suspensions for a failed drug test.

The Nevada Athletic Commission decided in January to ban him for nine months and fine him $2,126 after he tested positive for clomiphene, a banned performance-enhancer. The United States Anti-Doping Agency issued a 10-month suspension five days later for the same offense.

USADA announced that Lazishvili had proved his use of clomiphene prior to entering its program, but failed to declare it. Lazishvili will be cleared to compete on Aug. 23, 2022.