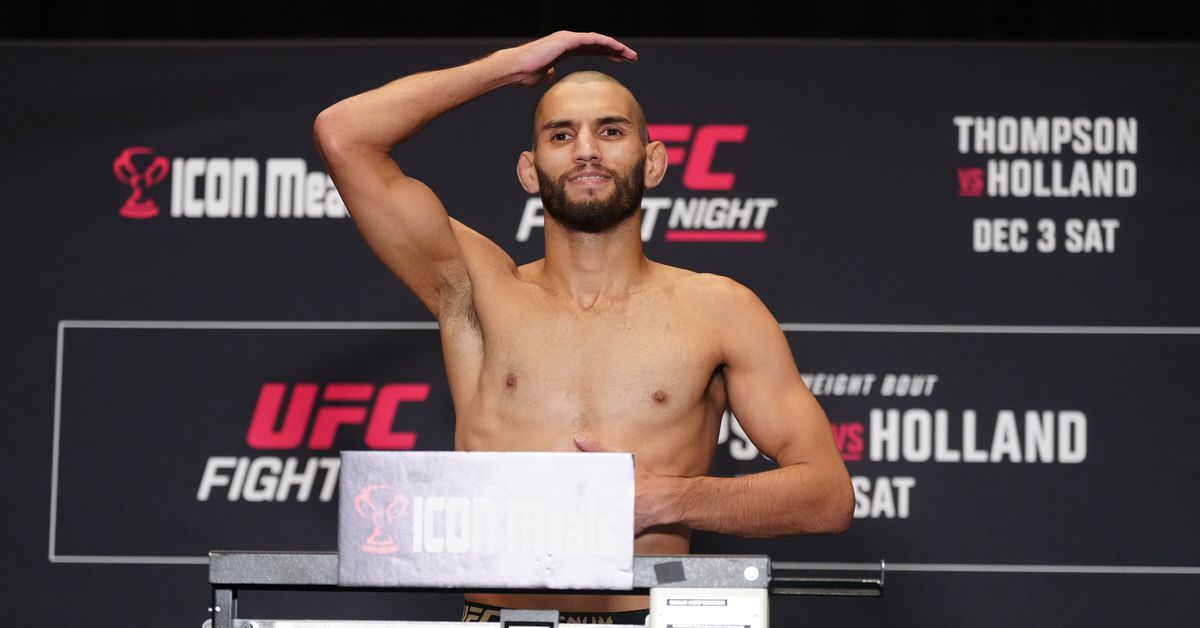 Matt Schnell just needed a trim to beat the scale.

After missing weight on his initial attempt at Friday’s official weigh-ins for UFC Orlando, Schnell later returned to the scale with a shaved head and successfully made weight on his second attempt (making use of the one-pound allowance for a non-title fight), coming in at 126 pounds for his fight with Matheus Nicolau (126).

Unfortunately for welterweight Phil Rowe, there was no trick that was going to help him make weight as he tipped the scales at 173.5 pounds for his fight with Niko Price, 2.5 pounds over the limit. Rowe arrived near the end of the official weigh-in window and did not make a second attempt.

It is not yet known if Rowe’s bout with Price will proceed as scheduled and, if so, what percentage of Rowe’s purse will be forfeited as penalty.

Welterweight headliners Stephen “Wonderboy” Thompson and Kevin Holland made weight without issue, coming in at 170 and 170.5 pounds, respectively, as did all of the main card fighters competing Saturday at Amway Center in Orlando, Fla.