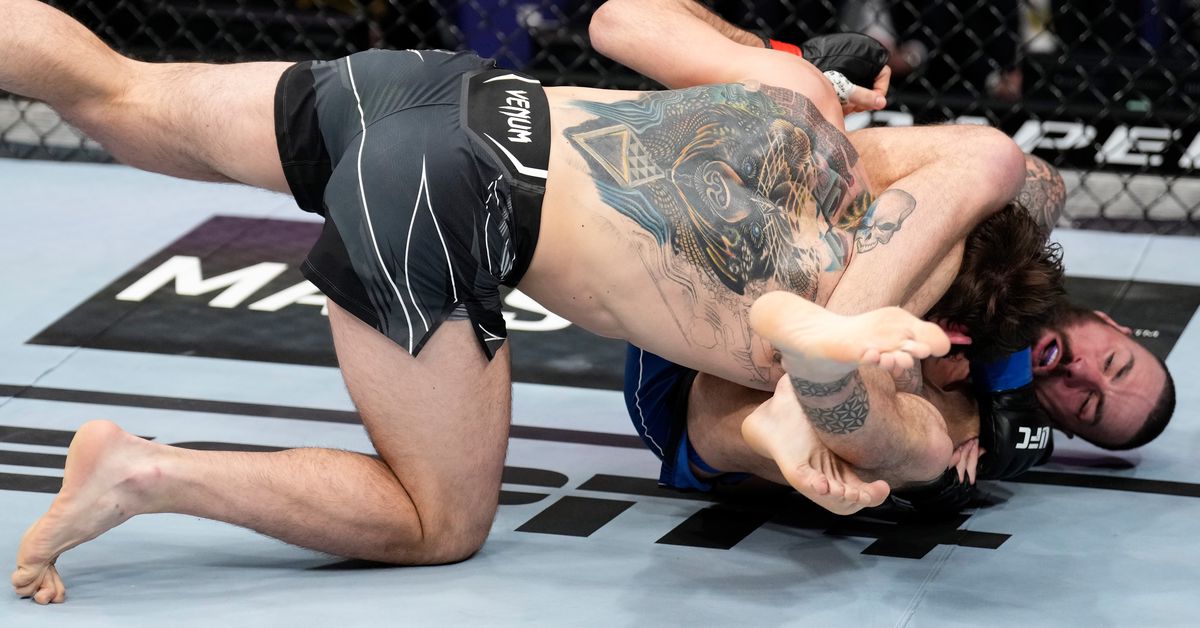 Paul Craig pulled off another jaw-dropping submission at UFC London.

After spending the better part of the opening round underneath Nikita Krylov and eating punches, Craig surprised the Ukrainian light heavyweight with a triangle choke out of nowhere. As soon as the submission was locked in, Craig pulled down on the head to tighten the choke and Krylov was forced to tap out, with the end coming at 3:57 in the first round.

” This is an enjoyable sport. Were you entertained?” Craig shouted afterward. “Do you remember Hulk Hogan? He used to get pummeled. That’s how I fight in the gym. This is how I fight in octagon. He was able to fall into my world .”

Neither fighter felt out as both light heavyweights charged at one another from the start, Craig being knocked to the floor by Krylov. From there, Krylov unloaded some nasty ground and pound from the top, blasting Craig with several stiff shots including a few backhanded hammer fists for good measure. Craig was a bit dazed at times, but he remained strong.

When Krylov finally tried to posture up to give himself more room to strike, Craig seized on the opening to immediately grab onto the triangle choke to trap his opponent. Craig had no intention of letting go until Krylov submitted — and that’s exactly how the fight ended.

The win moved Craig to 5-0-1 through his last six fights, highlighted by additional victories over Jamahal Hill and Mauricio “Shogun” Rua. Now Craig is looking for a step up in competition, as he called out a one-time UFC title challenger for his next fight.