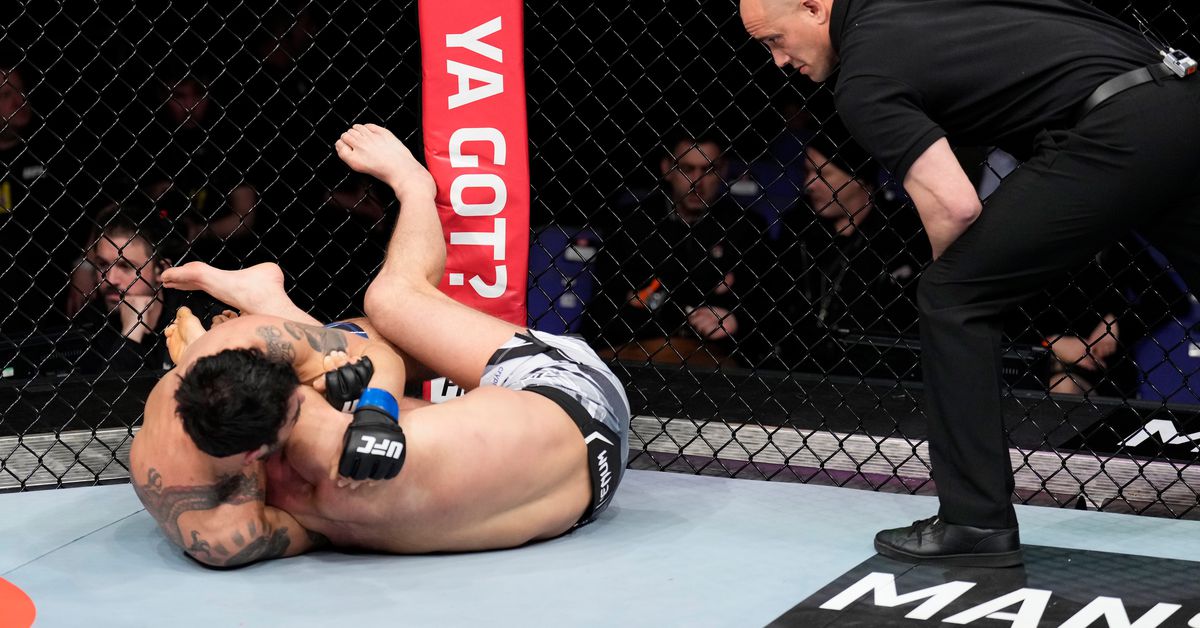 Makwan Amirkhani wasted no time putting an end to his three-fight losing skid at UFC London.

While the crowd was behind local favorite Mike Grundy, it was Amirkhani who stopped an early takedown attempt with a guillotine choke then quickly transitioned into an anaconda choke. Grundy tried to turn and twist to escape the submission but Amirkhani held on tight until the Manchester native fell asleep.

The end came at just 57 seconds into the first round.

“We both had big pressure,” Amirkhani acknowledged after his win. “He had two losses in a row, I had three. We were fighting for our jobs, but I just wanted it more. I want to fight as soon as there is a challenge to fight.”

There was certainly much attention on Amirkhani after his struggles. But he took advantage of it while also entering hostile territory.

It was an emotional night for Grundy with his parents seated cageside, and he looked to get the action started quickly with the takedown attempt. He lost his head as he looked at his wrestling and Amirkhani was able to grab the submission.

While he never tapped out, Grundy eventually went unconscious from the anaconda choke.

Once considered a future contender at featherweight, Amirkhani moved his record to 17-7 overall and 7-5 in the UFC.