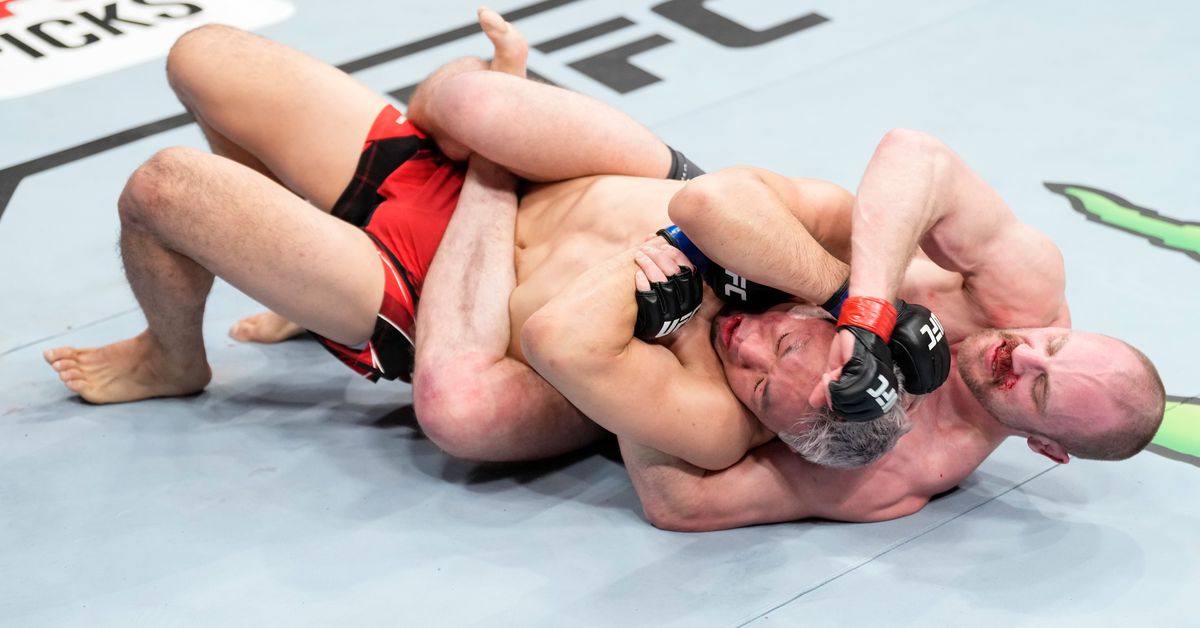 Nearly three years away didn’t slow down Gunnar Nelson as he put on a grappling heavy performance to dominate Takashi Sato at UFC London.

Although Nelson was unable to fight 2019 due to injuries, he showed great form Saturday. He took down Sato in each round and almost finished the fight several times. Although Sato survived, Nelson did more than enough for the victory with the three judges scoring it 30-26 his way.

“I wanted to do things a little bit differently,” Nelson explained. “Be a little more patient with the things that I do. I was obviously trying to finish Takashi when I had his back.

” I thought that he might try to be more independent and give his neck a bit. If he’s happy there, it’s going to be hard to get his neck.”

A suffocating submission specialist, Nelson showed no fear on his feet while trading strikes with Sato but he was also looking for an opening to take the fight down to the canvas. Nelson finally found his way in as he pulled Sato into his own world and took the back, but it was too late.

Sato attempted to slow Nelson down by pressing the pace on him but the veteran welterweight was happy to show off his counterstriking including a slick straight right hand that landed several times. This eventually led to Nelson setting up his fight with Sato, who was still playing defense.

Nelson was methodical with his grappling as he once again advanced his position, moved into the body triangle from the back while also peppering away at Sato with punches.

Because he was constantly afraid for his takedown, the suffocating attack prevented Sato from doing anything at all on the feet. Nelson continued that same assault deep into the third round while attempting to set up a submission to get the finish.

With less than a minute remaining, Nelson was still trying to find an opening for the choke but Sato was doing just enough to make it to the final horn.

After suffering two losses to Gilbert Burns, and Leon Edwards during his last two fights, Nelson is now back on track. He hopes to get back in the top of the welterweight division.