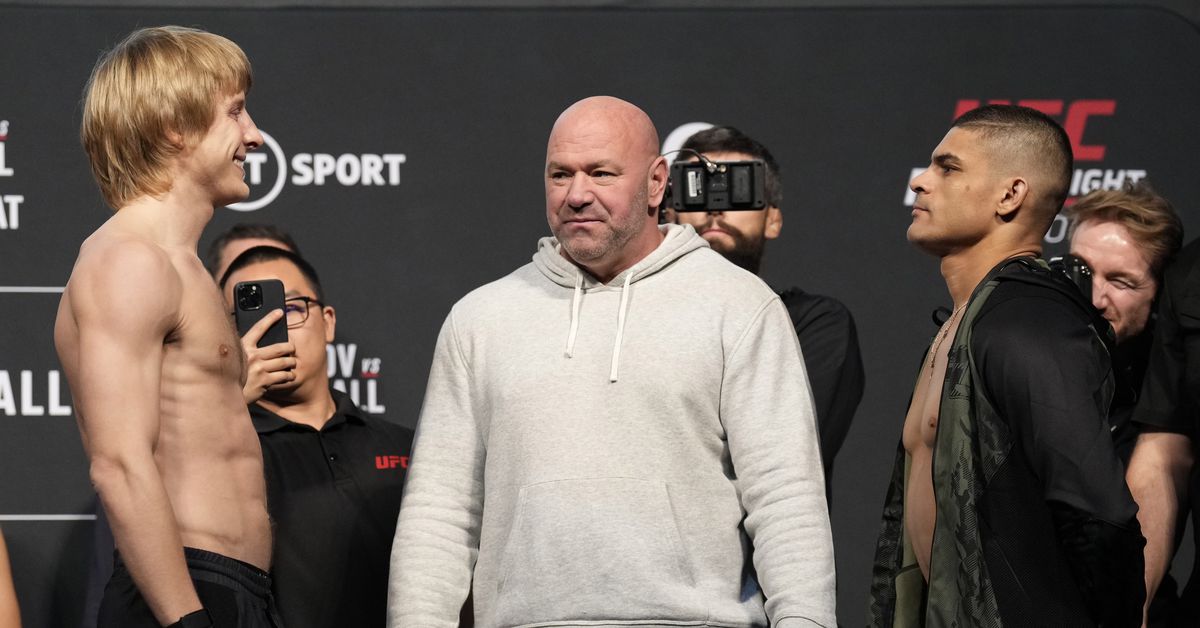 This is the UFC London live blog for the feature lightweight bout between Paddy Pimblett and Kazula Vargas at the O2 Arena on Saturday night in London.

Pimblett, the former Cage Warriors featherweight champ, has made a name for himself with his entertaining fighting style and charisma at the mic. Pimblett finally made his long-awaited UFC debut this past September, stopping Luigi Vendramini in the first round and taking home a Performance of the Night bonus for his troubles.

Unlike Pimblett, Vargas does not enter into this fight with a ton of hype behind him. The 36-year old Mexican fighter has been with the UFC since 2019, when he started his run with the promotion with back-to-back losses. Vargas was able to right the ship in his most recent fight however, winning a unanimous decision over Rong Zhu at UFC 261.

Check out the UFC London Live Blog below.