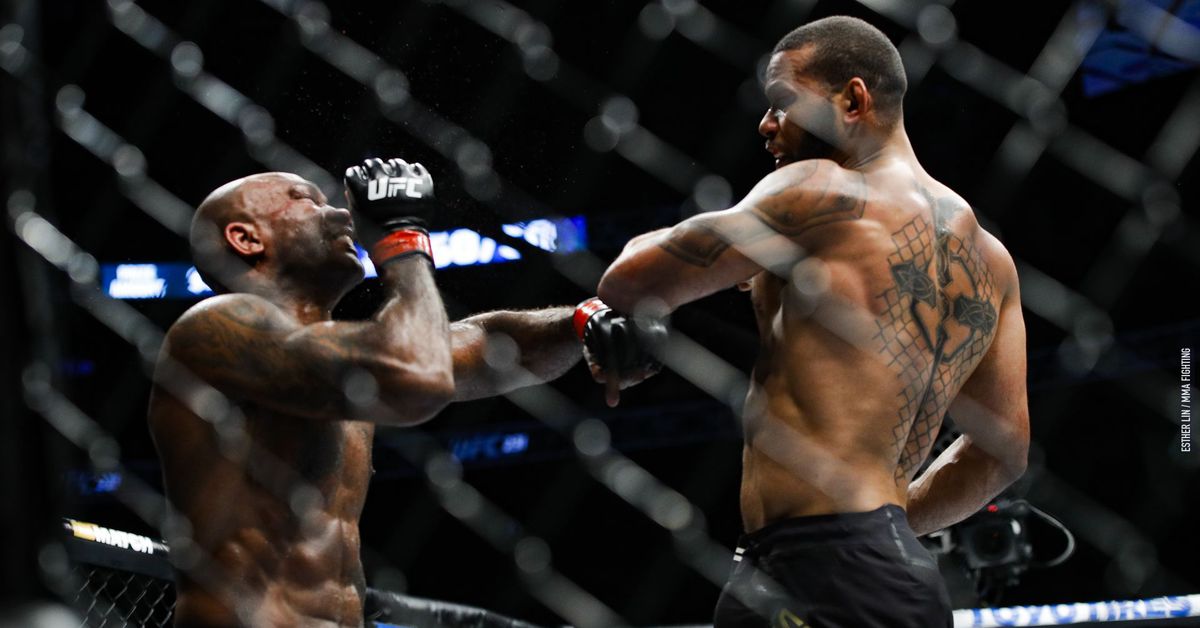 Watch Thiago Santos vs. Jimi Manuwa full fight video to see Santos score another impressive knockout in a thriller at UFC 231 on Dec. 8, 2018, in Toronto.

This light heavyweight matchup between Santos and Manuwa was expected to produce fireworks and it didn’t disappoint. Santos entered the contest on a two-fight win streak and was coming off of a TKO victory against Eryk Anders in his UFC debut at 205 pounds. Manuwa needed a victory after losing back-to-back bouts to Volkan Oezdemir and Jan Blachowicz.

After a wild first five minutes, it seemed like Manuwa would prevail over his Brazilian counterpart. After a fierce battle against the fence, Santos took the fight to the next round. Manuwa was left on the ground with a bruised face. Santos would follow up this win with a TKO of Jan Blachowicz that earned him a title shot against UFC champion Jon Jones.