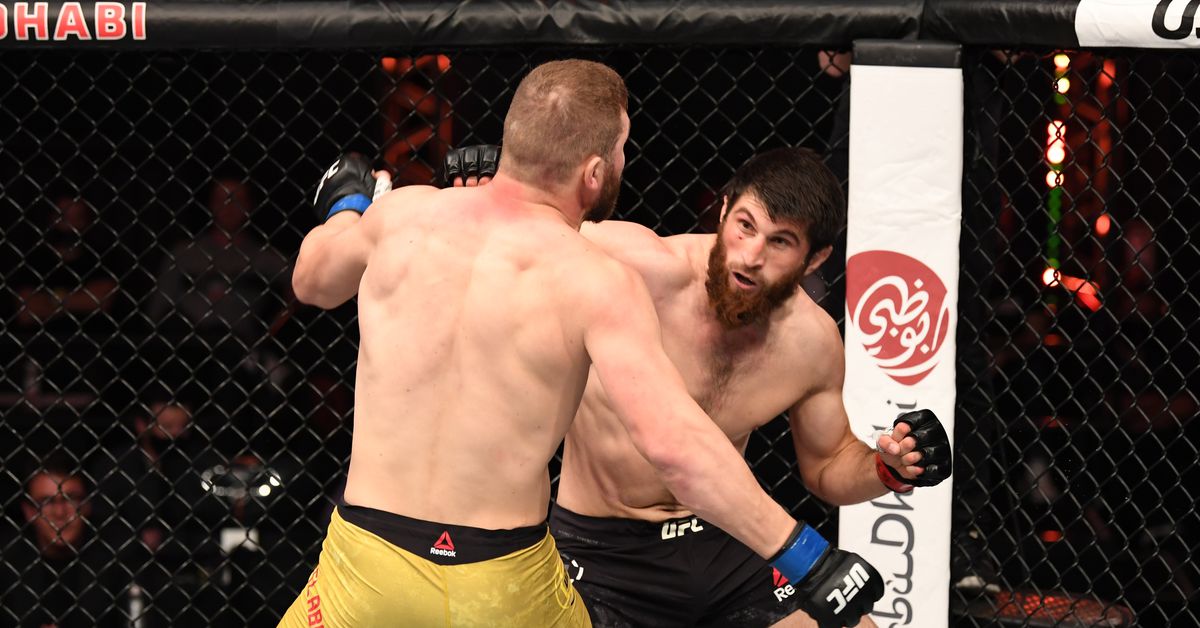 Watch Magomed Ankalaev vs. Ion Cutelaba 2 full fight video to see Ankalaev finish Cutelaba inside of a round at UFC 254 on Oct. 24, 2020, in Abu Dhabi.

Ankalaev and Cutelaba had to run it back after a bizarre first meeting at UFC Norfolk that saw Anklaev win by TKO in just 38 seconds after Cutelaba seemingly feigned being dazed, which resulted in the referee calling for a stoppage. Cutelaba protested immediately and a UFC 254. rematch was scheduled shortly afterwards.

Cutelaba pushed the pace right from the start of the first bell, even though he was given a second chance. However, Ankalaev remained patient, and after finding the range he began to sting Cutelaba with counters before connecting with a 1-2 punch combination that dropped Cutelaba. Ankalaev made Cutelaba unconscious by delivering follow-up ground and pound blows.