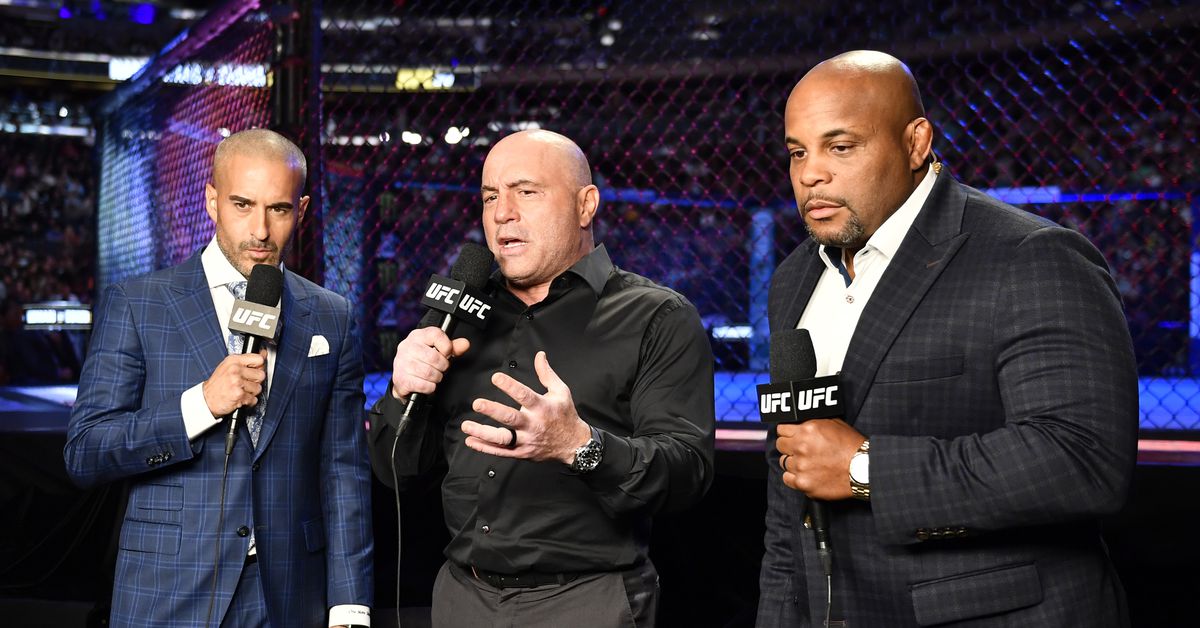 Joe Rogan and Daniel Cormier will join Jon Anik in the commentary booth for UFC 274 on Saturday.

A person familiar with the plans of the promotion confirmed that they will be reuniting to call Saturday’s Pay-Per-View event at Footprint Center, Phoenix. MMA Junkie first reported the news about the commentary team.

It will be the first time since January’s UFC 270 card that the team of Anik, Rogan, and Cormier will be on the microphones. Rogan didn’t call the UFC 271 February event. However, the two-division champion is back in the numbered event scene having missed the two previous numbered events.

UFC 274 will be headlined by the lightweight champion showdown, as Charles Oliveira takes on Justin Gaethje. In the co-main event, Gaethje’s teammate Rose Namajunas looks to negate a loss from over seven years ago when she defends her title against former champion Carla Esparza, while a fan-friendly matchup between Michael Chandler and Tony Ferguson precedes the two title fights.